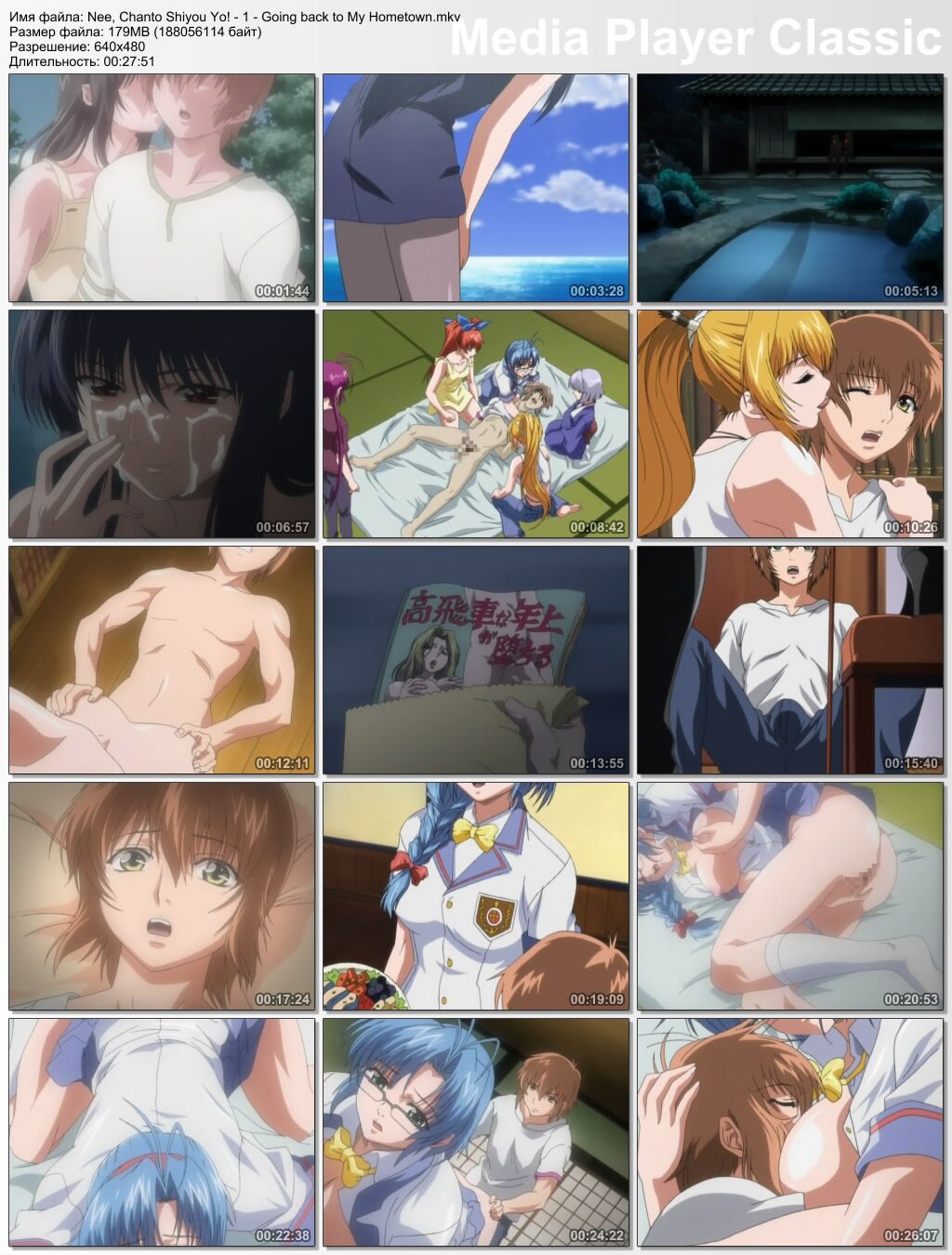 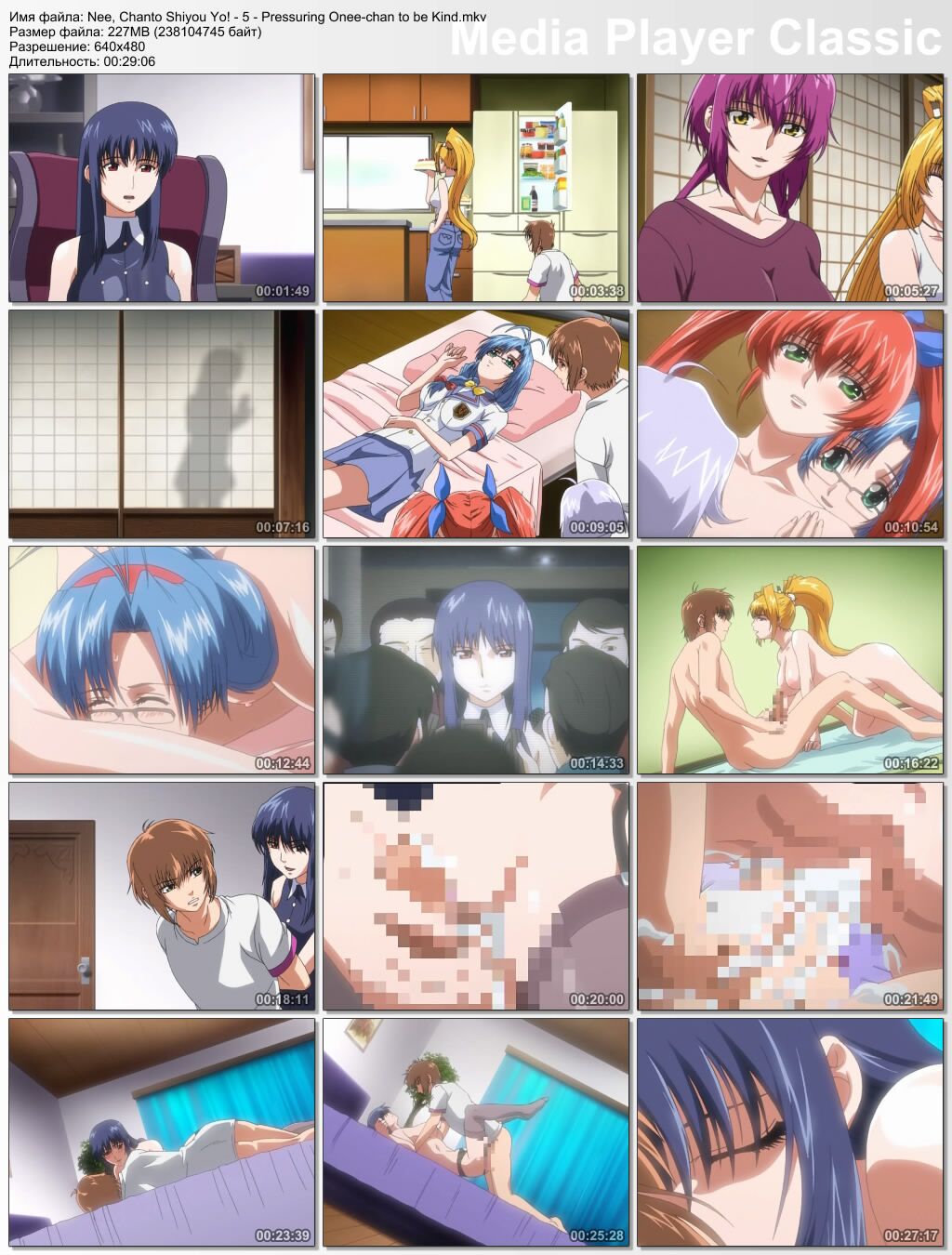 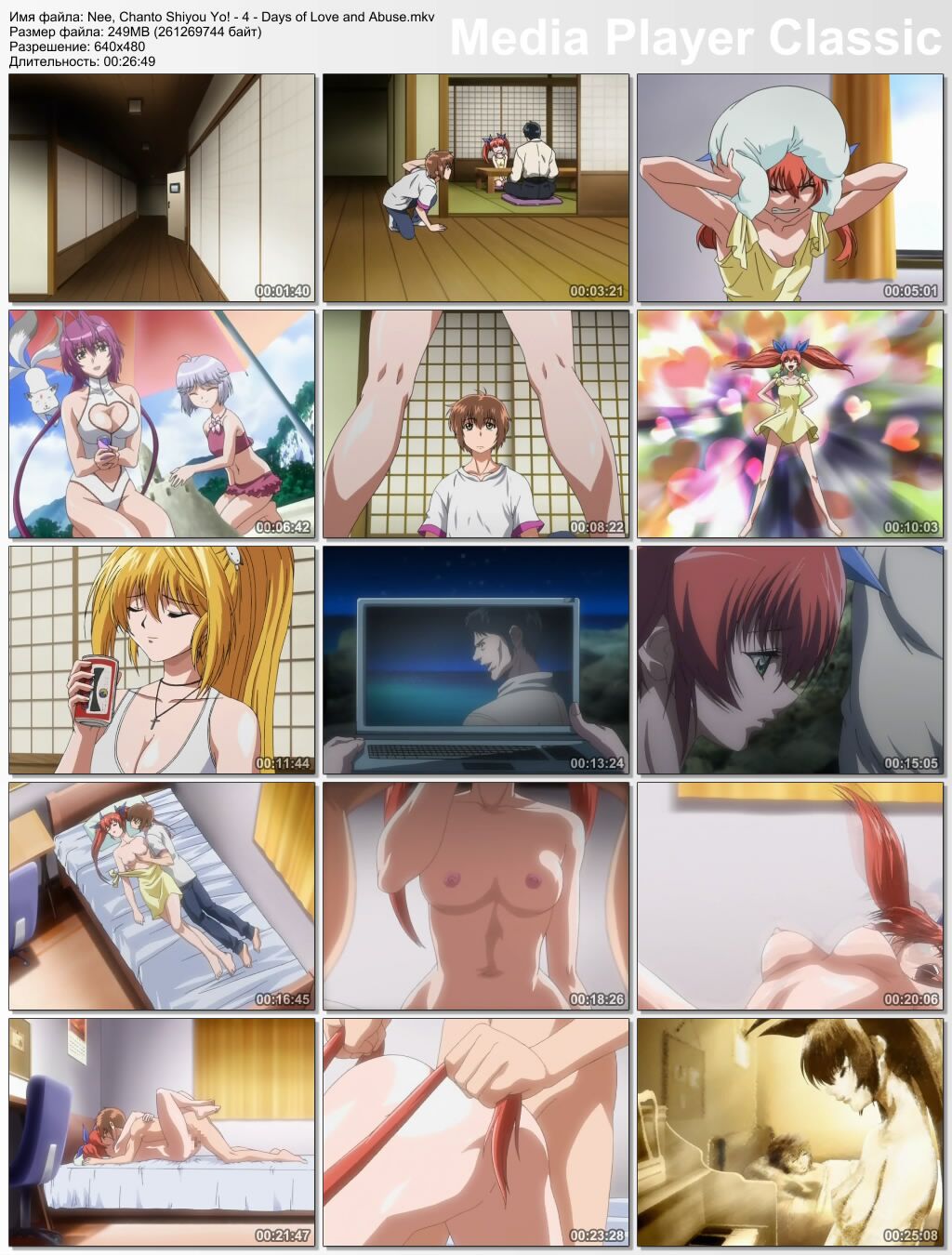 -Nee, Chanto Shiyou yo! / Sister, let’s do everything as it should! –

Year of release: 2005-2007
Country: Japan
Genre: Group Sex, Harem, Incest, Large Breasts, Oral, Titsjob, Virgins
Series: EP. 1-5 of 5
Duration: OAV (5 ep.), 30 min.
Censorship: There are in all files-Voice Japanese: Original
English subtitles: Built-in disabled SSA [HEROAP]
Subtitles Russians: Built-in SSA Disabled Translation: Venzell Record: Rat-director: Kanazawa Katsuma / Canadzawa Katsuma
Studio: Studio 9 Maiami
World-Art Description: My name is Kui Hiiragi. In the family, I’m younger. I live with six sisters. Senior sister is Hinano. For your age, she looks very young. The surrounding often take her for a child that it is terribly angry. The second sister is calledKanama. She made a lawyer career. For excerpt, she was called “Ice Advocate”. To tell the truth, for the first time in his life I fell in love with it. The third sister – Sorry. She is only half a Japanese. It also flows European blood. It has the most sultry body and, at the same time, a restless character. The fourth sister is called Tomoe. At first glance, she may seem harsh, but in fact she is very shy and wounded. Other girls often squeeze it. Fifth … The fifth is called Tanoe. Real “Madam.” She considers me with her slave. More than once I received a belling from it from an empty place. The youngest sister is called umi. She doesn’t have the soul in me and helps everyone than only can.
After the death of his real parents, the Hiiragi family began to take care of me. The head of the family was dangerousThat close communication with consuming sisters can end badly, so we were separated, and I grew separately from them. Today I finally returned home. Honestly, I was very worried about how they would take me. Most of all, I wanted to see Kanama, because she was my first love.
Sisters welcomed me, but something terrible happened at night. Kanama raped me referring to me as with a toy. During this action, I just burned out of shame. I firmly decided that I would become a real guru in sex and I will find it, forcing it to experience the same thing as me. I need training. I will train on my own sisters! (c) Venzell
Description in English: My Name is Kuya Hiiragi. Actually, I Have Six Elder Sisters. The Eldest Sister IS Hinano Ne-San Although She Looks Quite Young. ShE Is Always Worrying ABout That, So If She Is Treated Like A Child, She Gets Angry. The Second Sister Is Kaname Onee-Sama. She is a Popular Lawyer and IS Known As The “Icy Lawyer”. In Fact, She Is My First Love. The Third Is Serori Ne-Ne. She is Half Japanese and Half North European. She Has The Most Voluptuous Body Of All The Sisters, Buther Behavior Is Very Childish. The Fourth IS Tomoe Ne. Although She Looks Quite Stern, She Is Actually QUite Gentle and Gets Teased by The Other Sisters. The Fifth Is Takane Aneki. She is highhanded, And Treats Me Like A Servant. SHE OFTEN BEATS ME. The Youngest Sister Is Umi OneECHAN. She Takes Care Of Me A Lot, And Devotes Much Love to Me.
When Was a Child, I Was Adopted by The Hiiragi Family. But Because The Father Was Afraid That The Sisters WoULD Spoil Me, I Was Sent to A Relative To Train MySelf. IT IS The First Time I’Ve Gone Home Since Then. I Was Very Excited to See Them Again, Especially Kaname, My First Love.
They Welcomed Me Home, But Late At Night, Kaname Onee-Sama Raped Me, And Treated Me Like A Toy. I Felt Very Ashamed and i Made Up My Mind to Trein My Sex Technique to Puther to Shame … With the Help of the Other Sisters.
[Source: Animenfo] – quality video: DVDRip Video format: MKV [123 ] Video [EP.1]: WMV3, 640×480 (4: 3), 119.880 FPS, 690 kbps
Video [EP.2]: WMV3, 640×480 (4: 3), 119.880 FPS, 1081 kbps
video [EP.3]: WMV3, 640×480 (4: 3), 119.880 FPS, 598 KBPs
Video [EP.4]: WMV3, 640×480 (4: 3), 119.880 FPS, 1081 kbps
Video [EP .5]: WMV3, 640×480 (4: 3), 119.880 FPS, 877 Kbps
Audio: MP3 L3, 48000HZSTEREO, 192KBPS, 2CH [japanese]