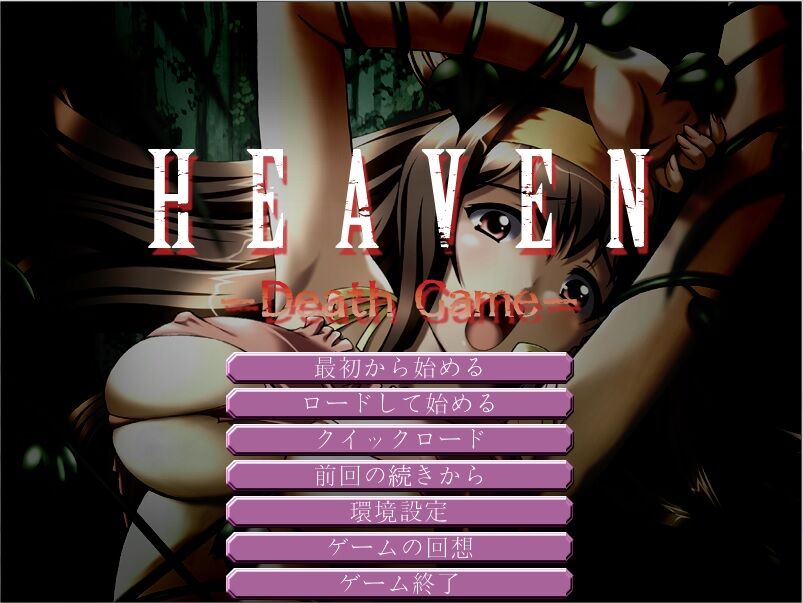 Heaven: Death Game / ヘブン デス ゲーム
Year of manufacture: 2005
Release Date: 2005/08/26
Genre: JRPG, Guro, Violation, Large Breasts, Rape
Censorship: Any game ( Games) Distribution
Developer / Publisher: Mink NO Red, M Na Red
Platform: PC / Windows
Type of publication: License
Tabletka: Not required
Game Language: Japanese
Language Interface: Japanese
Voice Language: Japanese
System Requirements: Microsoft Windows 98 / ME / 2000 / XP, CPU Pentium III 600 MHz, 128 MB RAM, Video Card with support for DirectX 8.1 and 4 MB video memory, 900 MB Places on HDD.
Description: You fall on a mysterious island, the main task where survival becomes. Fight with monsters, explore the island, recognize terrible secrets and survive in this cruel adventure.
Extras. Information: Information about gamesYou can find mechanics in the folder with the installed game. If you have questions about passing, I can write a brief guide. The basis of the mechanics of the game is the presence of 14 days for passage, each of which is divided into 10 moves. The moves are spent on moving between locations and the entrance to them. Also in the game implemented an adjustment of the level of bosses under the level of heroes, the neutral monsters in correspond to only the level of their locations.
page of the game on the developer’s website