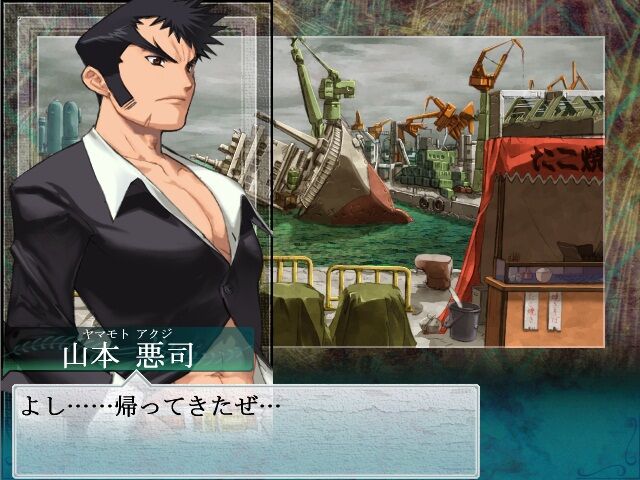 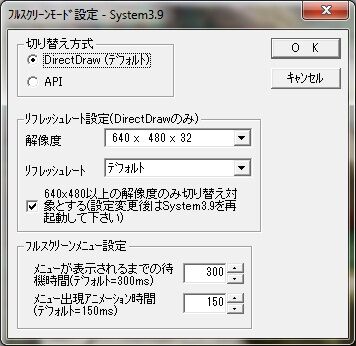 -Dramelaver: [Alice Soft] -Platform : PC / Windows | Tabletka: Not required
Type of publication: Original (licensed) – Syan: Japanese | Translation type: text and sound in this language (original)
Interface Language: Japanese System Requirements:
OS: Win95 / 98 / ME / 2000 / XP Japanese Version
CPU: MMXPENTIUM 233MHZ
RAM : 64MB | HDD: 400MB
Resolution: 640×480 | Color depth: 16bit / 32bit
Sound: DirectX Compatible Sound Card
DirectX: 5.0-Description: You (Yamamoto Akuji) returnedI go home after three years of imprisonment in the camp for prisoners of war. Osaka has changed much. Standing on the pier, you are waiting for meetings with your beloved. Her name is Minka. Your father was the head of the Wakame clan, now controlling the city, so that you count on a warm welcome.
You can’t imagine how much everything has changed here. Kamio, servant of the Russian Academy of Sciences, tells you that there are no news from your father for a long time. For a year now, how he went to look for someone stronger himself, but never returned. After losing in the war, everyone in Japan began to refill women. In the past, the mistress of your father, now stands at the head of the Wakame clan. Who will put up with such injustice? You need to declare your rights to the place of chapter! It is your right! Unfortunately, with the help of tumakov you quickly and intelligiblyThey explained who in the house of the owner, after which they twitched from the courtyard.
Arriving in the middle of the street with a wild headache, you came into the rage and went to twist everything that was going to hand. Under the arm, three girls from the “Union of Volunteers” were caught. Rather, it was you hitting them at hand and there were easily bits. Your body refused to endure such bullying over themselves and redeemed consciousness. Taking this opportunity, the girls dragged your lifeless body to my headquarters.
Immediately after the awakening, Tomoko and Miray explained to you what. They talked about new orders arising after Losses of Japan. They also said that the “Union of Volunteers” is a young organization that was founded only three months ago. Having hitting the girls with their huge … Sexual experience you easily lured them to your side. At the same time you desoThey lived and their leader – a girl named Aoba. That happily lost your leadership positions. So begins your mission to unite Japan. (c) VENZELL
Translation made from a description laid out on aliceSoft.wikia. – In the distribution are present:
● Disk images
● Official patch to version 1.05
● Official Patch Machine game to version 5.33
Patch, opening all pictures in the gallery
Passage in Japanese
Guide and detailed tips on Chinese
CG from the game in a separate folder-information in Japanese: Getchu
Information in English: VNDB [ 123] of. Game Page: 大 悪悪 (available only for Japanese IP)
Help on the game in English: ALICESoft.Wikia-Have problems start or font? – ☆ See FAQ for Japanese Games
DVDRip You can download [here].DVD can download [here]. For more information: