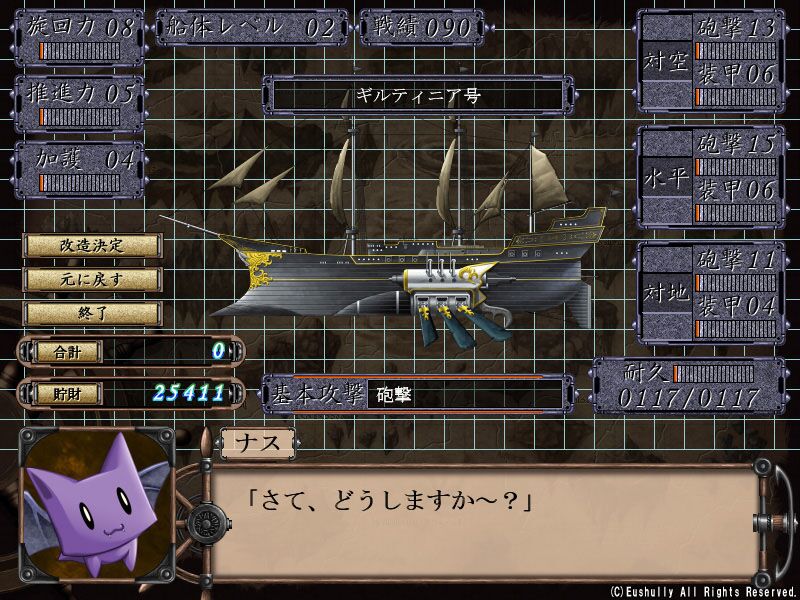 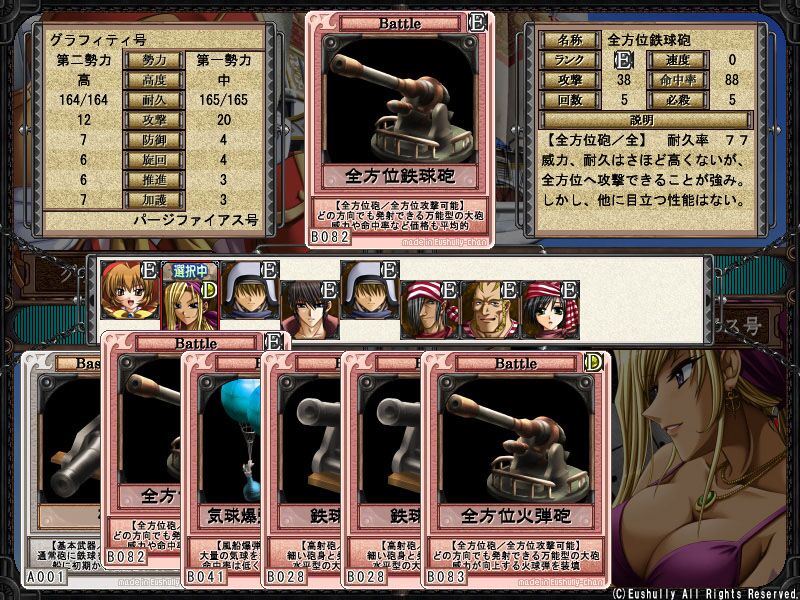 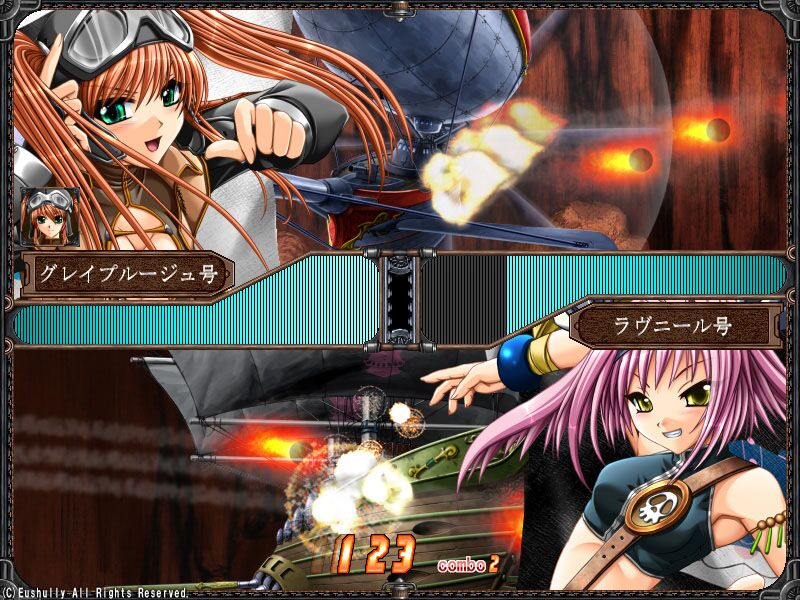 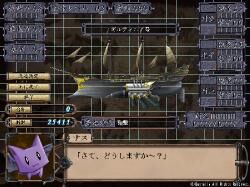 空帝 戦 ~ ~ に に ~
KUUTEI SENKI ~ TASOGARE NI SHIZUMU KUSABI ~
Heavenly emperor ~ float for the sunset ~-better release: 2004
Release Date: 2004-11-26
Genre: SLG, Card Game, Action, Fantasy, Outdoor, Gangbang, Group, Virgin, Anal, Elf, Yuri, Rape
Censorship: There are in the game (Games) Distribution
Developer / Publisher: Eushully
Platform : PC / Windows
Type of publication: License
Tabletka: Not required
Language of the game: Japanese
Interface Language: Japanese
Discovery Language: Japanese
System Requirements: OS: Windows2000 / XP / Vista / 7, CPU: 500MHz, RAM: 256, 800×600, DirectX: 8.1 Description:
There are only endless sky and islands in the world, floating in it.
came the era of celestial pirates. About four of them this story.
Goen Manilla was once a man, and now woke up from long sleep in the bodyVampire, forgetting about my past.
There is an invisible thread that connects it with three people:
– Patti Gran, Princess of the largest island-state, who decided to become heavenly pirates
– Thomas Benvest, younger son in a big family, I decided to prove that he can be independent and brave
– Scientist Machin Buckler, living for the sole purpose – creating the best in the world of the wrestling ship
All of them went to the sky, deciding to become heavenly pirates.
Heroes, using only Old-fashioned cards, hold the way from the island to the island, fighting for your life.
They are the most free people in heaven, and ahead of them is waiting for the fulfillment of the cherished dream …- Extras. Information:
Viki (English) | Information, Tactics (Yap.) | Save / Save
VNDB | Official page | Getchu-