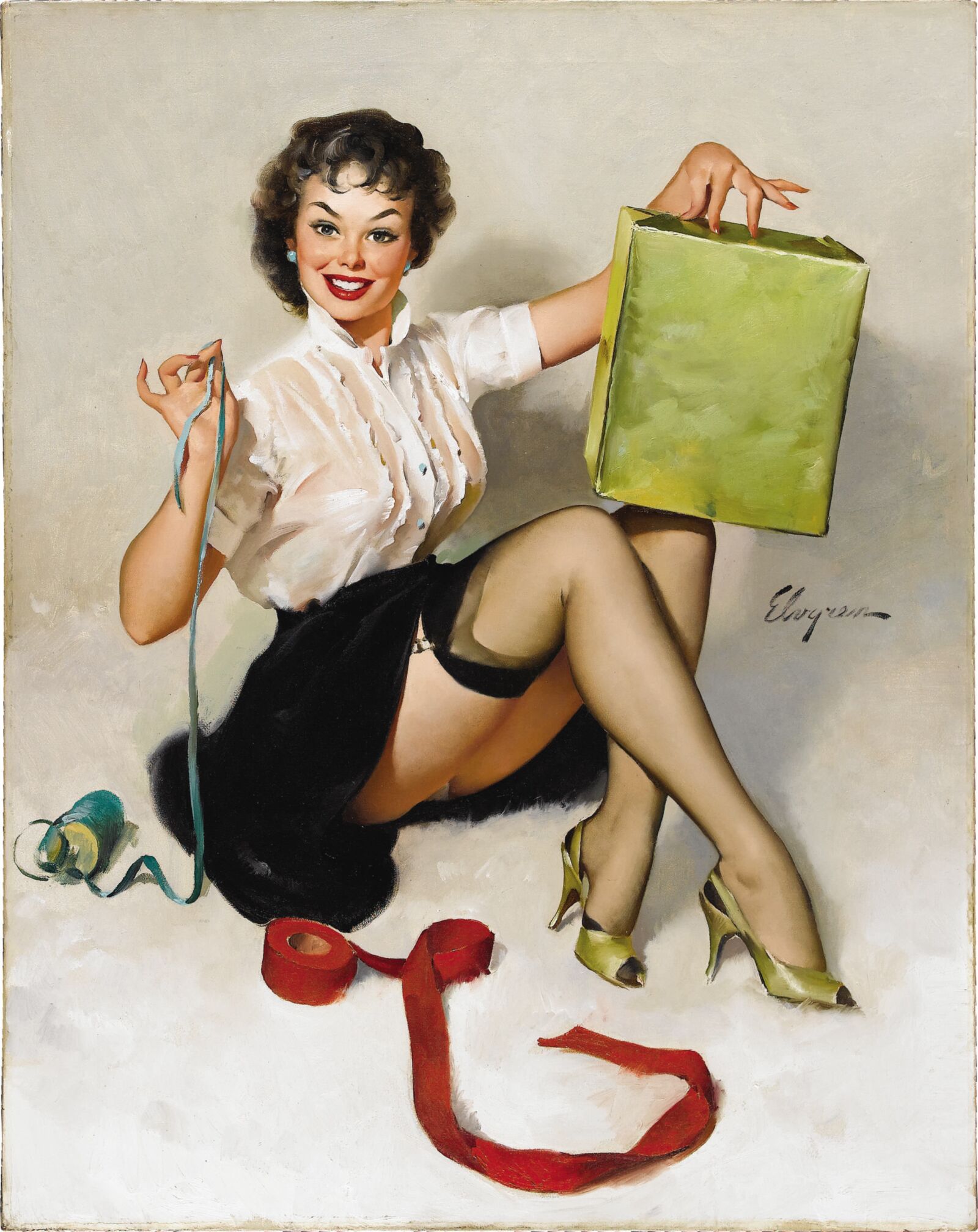 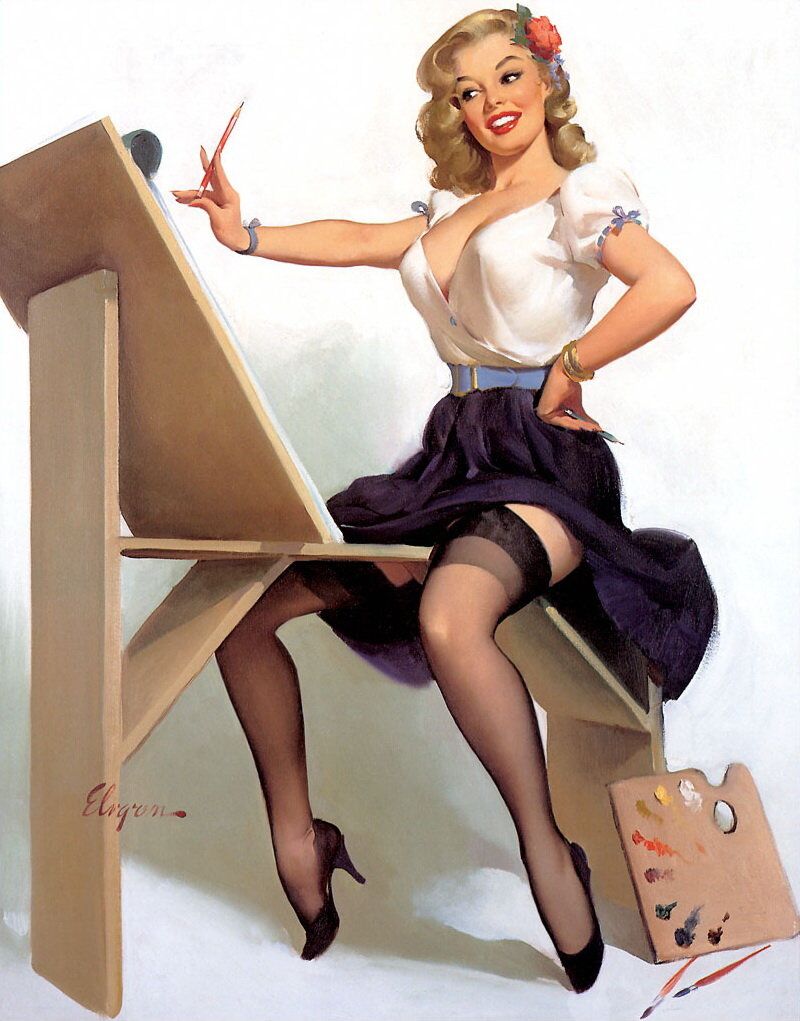 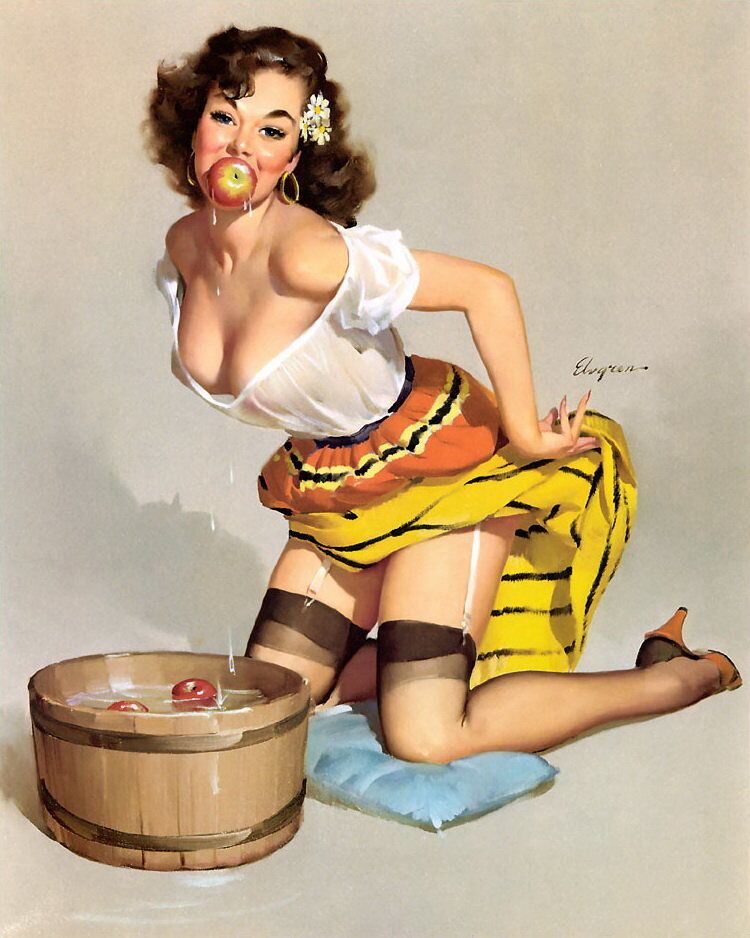 Artist Gil Elvgren. Great classic PIN-UP-type distribution: MISC
Format: jpg
Number of files: 807 pcs.
Biography: Jill Elvgren (March 15, 1914 – February 29, 1980) Born in St. Field, Minnesota. After graduation, Jil begins to study art in the Minneapolis Art Institute. Many of his fellow students, like he, in the future will arrange a job in Coca-Cola.
After graduating from the Academy at 22, Elvgren is arranged by the artist in one of the most prestigious Chicago advertising agencies, Louis F. Dow. In the agency, he becomes a protege of the legendary Haddon Sandbloma, who became famous thanks to his Coca-Cola Santa.
Working in the store Haddon, Jil also takes part in creating Coca-Cola advertising. And Sandblum, who graduated from the American Academy of Elegant ArtsIn, teaches him with his special technique, thanks to which Elvgren’s girls turned into a luminous miracle.
CIRCA 1944, Brown & Bigelow notes, the leader in the production of calendars and advertising. They offer him $ 1000 for one illustration of PIN-UP, which is much more than Dow, and the ability to sign your work.
According to the terms of the contract with B & B, Elvgren should draw 20 girls in a year since Cowboy and ending with sirens. Watching the models with energy and interest, he chose only the novice career of the model of girls.
Jil never portrayed the fatal women. His heroines are a neighbor girl with a fifteen-year-old face and twenty-year-old body, which are often sacrificed during spicy situations: the wind raised the skirt, a dog rising a heal, clinging for the fence edge of the dress, – fromMagnificent long legs with us.
Elvgren is considered one of the most important PIN-UP artists of the twentieth century, and his work influenced such illustrators as Charles Dana Gibson, Andrew Lumis and Howard Chandler Christie. The artist made a huge number of illustrations ranging from Coca-Cola and General Electric and ending with drawings for magazines and stories, but the most famous steel works for Coca-Cola. (c) – about yourself: There are almost all the works of the brilliant artist who are listed in the list on his official website.
Unfortunately, not all paintings were found by me in acceptable quality, such drawings lie in a separate folder “Low Quality”. I hope sooner or later they will be found in the best embodiment.
In addition, many drawings are presented in two or three options. Caused by itBy the fact that from several pictures I could not choose the best – somewhere better color, but below the resolution, somewhere on the contrary. Therefore, if someone is pressed a few unnecessary megabytes – to do it yourself, choosing that remove
Bonus: Wherever without additional buns? In the distribution there are photos positive models positive. Sometimes it’s amazing how in a non-bright black and white photo, the artist was able to see and draw in color such beauty. – – –