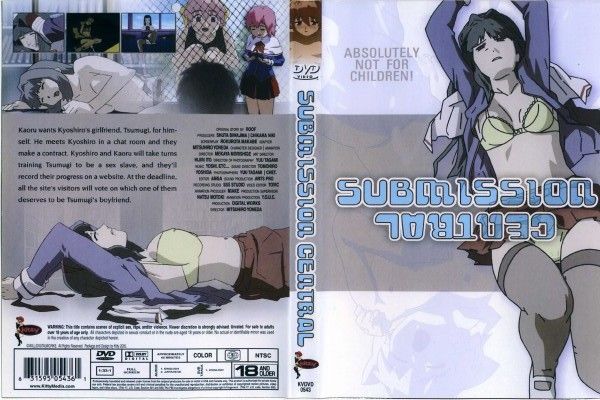 Submission Central
Monopoly – Year of production: 2002
Genre: BDSM, Bondage, Female Students, Rape, Violence, Virgins
Series: EP. 1-2 of 2
Duration: 2 episodes of ~ 30 min.
Censorship: None – Language: Japanese [Original voice]
Language: English [Subtitles] – Missionsel: Mitsuhiro Yoneda
Studio: Digital Works (Original), Kitty Media (License) – School: Yukino and Kee live next to each other and familiar from childhood. The windows of their bedrooms are literally at the distance of an elongated hand. Therefore, young people have not so many intimate secrets from each other. However, if Yukino and not indifferent to Ko, the young man refers to a pretty neighbor just as a friend. Until some time … at that time, when the feelings of Yukino are about to get to the very edge, in order to spillIt’s outward, young man meets another girl who loves sex! Symptoxicosis of the chief hero, who founded the outstand with a new girlfriend, began to embody all his erotic fantasies. Yes, and familiar from the Internet chat, no, no, yes, a couple of seductive ideas will be thrown into a couple. As an adherent of real male friendship, Kee periodically reports on his sexual achievements to virtual friends, not even understanding that he substitute not only his companion, but also Yukino itself, which brutally beat and rapes one of the visitors of the chat. The rapist not only does not regree about the deed, but also continued his sexual experiences with a girl, just not forgetting to report on the chat. As a result, sexual exploits of heroes turn into a strange type of competition, the total of which is notI enforced anything good … – Dop. Information: Worldart, Anidb, Myanimelist. The image is distributed in ISO format. How to play the image of the “ISO” format disk .- Video quality: DVD5
Audio codec: AC3
Video: 720×480 (4: 3) 29.97FPS 6000Kbps
Audio 1: Japanese, 48.0 KHZ, 2 CHN, 192.0 Kbit / S-