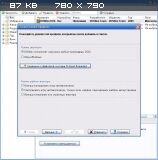 ドラゴン 3 / KNIGHTS OF XENTAR / DRAGON KNIGHT 3 – PC Edition / Knight Dragon 3 Year Production: 1991
Genre: RPG, Fantastiy, Straight, Adventure
censorship: missing / there is a patch for removal (without erotic patch (+13))
Developer: ELF
Publisher: Megatech Software
Platform: Other
Type of publication: CD
Tabletka: Not required
Language: English
System Requirements:
DosBox Description: This game is the third in the series of Dragon Knight games and the first JRPG published on the PC. You are in the role of Desmond (Terker) and take direct participation in his adventures on the xentar. The country is rather big and populated not only by hostile demons and their breeding, but also beautiful girls. And the fact that you are a knight, does not mean that you are a monk. It seems thatOver because you are a knight … Description: The Main Character Is A Young Warrior Named Desmond (Known As Takeru In The Japanese Version). After Liberating Strawberry Fields from An Evil Curse in His Previous Adventure, Desmond Finds Himself in a Situation Unworthy of Heroic Status: Robbers Have Taken All His Possessions, Including His Magic Sword, and Even His Clothes! So The First Task for the The Unsuccessful Hero Is to Get Some Money. Luckily, The Mayor Has An Assignment for Him, for Which He Is Also Willing to Pay. Desmond Accepts The Assignment Without Knowing What It Will Lead To – Traveling All Over The World, Fighting Fearsome Enemies, Encountering Beautiful Will Also Reveual The Secret of His Own True Identity! Extra. Information: The game is published in 1991year, very poorly compatible with NT systems on them started through Dosbox.
Under DOS, Win9x works without problems.
Voice Voice for PC version There is only English, Japanese voice (in a trimmed version) is for the version under NEC PC . 1 & 2 parts on PC did not exit.
D-Fend Reloaded To start the game on Win NT (4.0 / 2000 / XP / Vista / Win7)
Website DosBox for users MacK and * NIX systems
Anime Prehistory Dragon Universe Knight