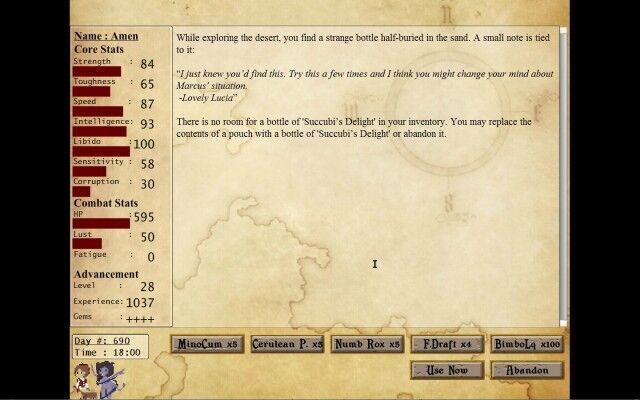 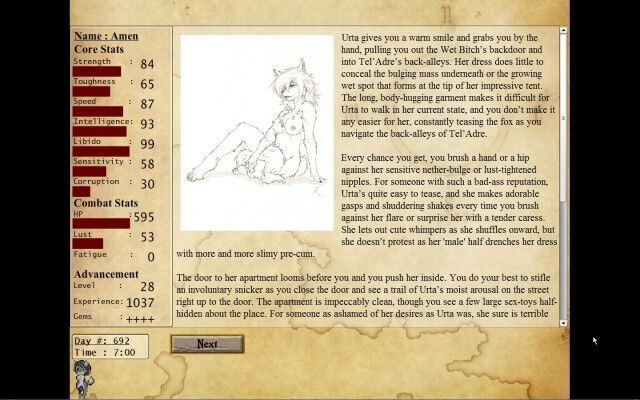 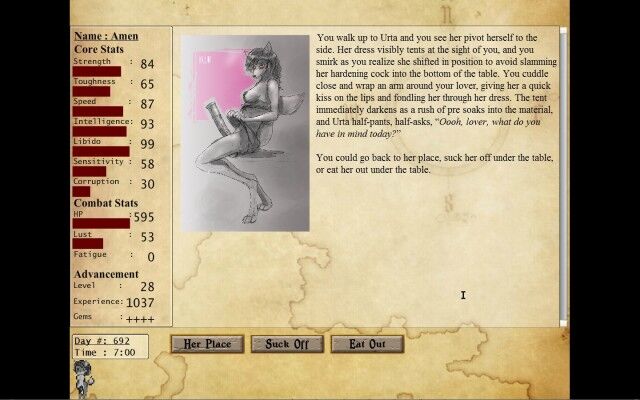 Censorship: None
Developer / Publisher: Fenoxo
Platform: PC / Windows
Publication Type: In Development [123 ] Tabletka: not required
Version: 0.8.4.13
Language of the game: English
Language of the interface: English
Language of voice acting: Sounds
System Requirements:
OS: Windows XP or higher [ 123] CPU: Pentium 4 1.7Ghz
RAM: 512MB
VRAM: 256MB
HDD: 32 MB
Description:
You grew up in a small village ingests, distant village with rich traditions, deeply In wilderness. Every year with those nOR as you remember, your village chose a champion and sent to the kingdom of demons. The legend says that during the years Ingalls did not send champions, Chaos reigned on their lands. Children disappeared, the crop rotted, and the disease spread as a forest fire. This year you have chosen so that you become a champion.
ATTENTION POES BEALLY EKTIONS