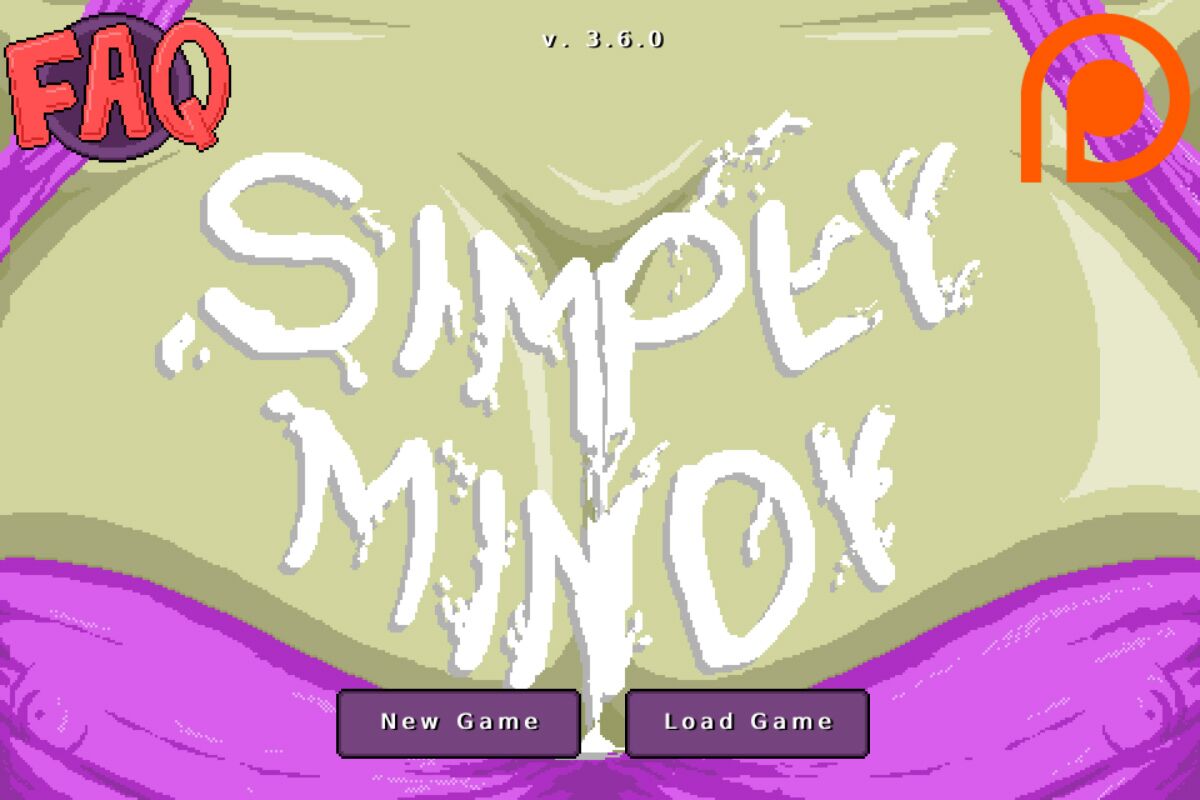 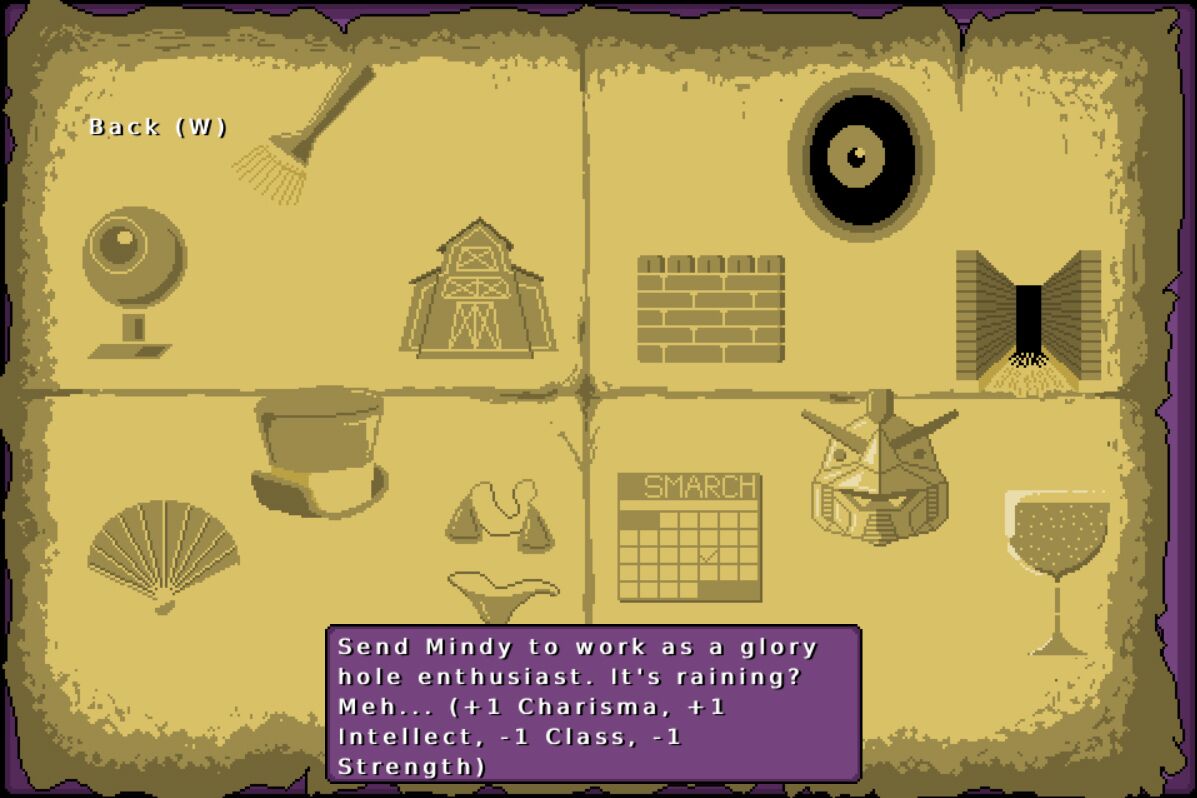 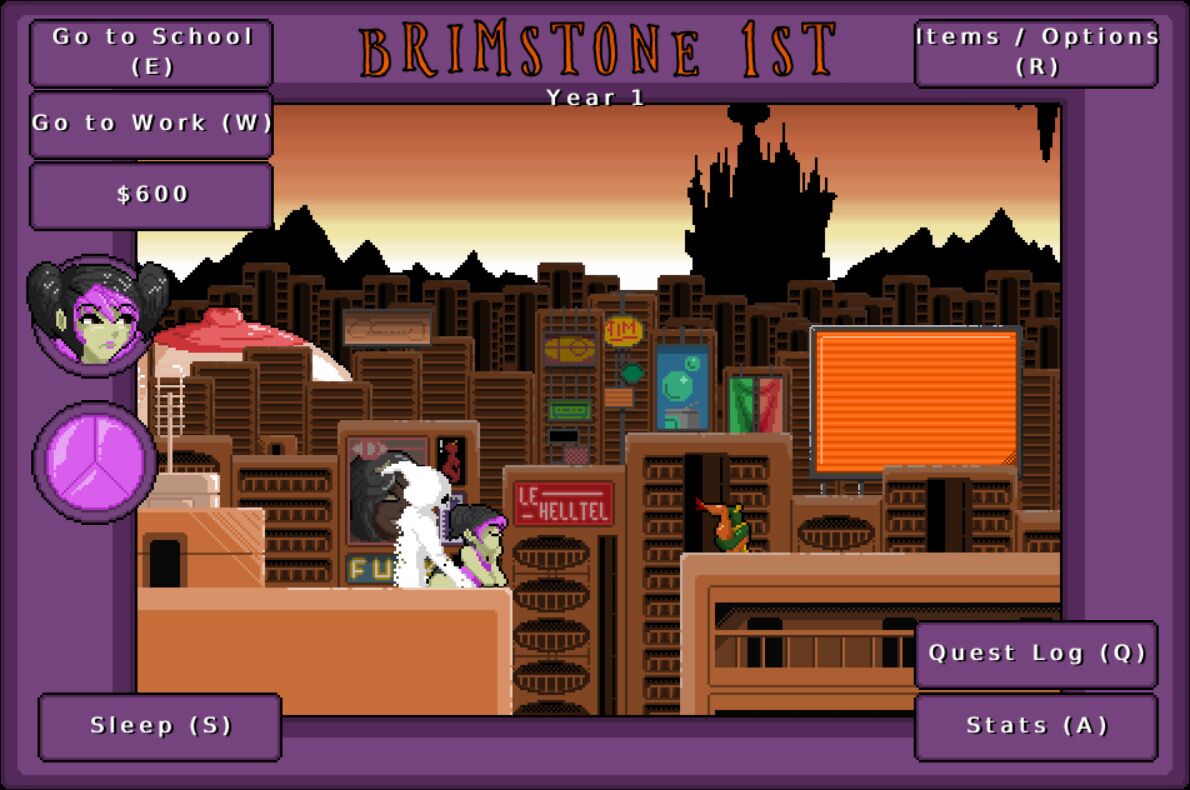 —- Genre: Dot / Pixel, RPG, Flash, Animation, Comedy, Fantasy, Demons, Monsters, Interspecies, All Sex
Year of release: 2018 | Censorship: None | Developer: Sexums
Platform: PC | Type of publication: Original (license)
Tablet: Not required | Version: 3.6.0
Language of the game, Interface and Voice: English
System Requirements: Flash Player or Browser with Flash Plugin.-Description: I lived, there was a certain Minddy in the world … well, how did you live? In fact, no longer lived. Well, as in the world? Also at all at all. In general, she died – there was a damn where and how) a certain Minddy, who did not remember anything about himself and did not even know that she was so called, until our sufferer met the devil-younger and did not introduce it to the course of its current postal cases. Here actually it turned out that Mindy now nobody else is like weightI am a sarcastic, the intensive and pretty pretty sinful soul of a greenish shade, molding straight to hell, which is pretty different from typical and pretty boring views of him. Lil di worked out on the glory and turned out to be much more efficient and creative manager than his bai traditionalist (he is still a champion of friction and this is all the “hellish hell”). So, now this place can be called Hell City – it is quite really very comfortable to settle, but for this you need to make some efforts (12 different types of employment, 8 of which are not available immediately and opened in the development of the plot or character) and To raise useful skills (12 different characteristics) in order to go up (or down, how to see) on the hellish hierarchical staircase and pay bills. Kon.Echno, the specifics of the place could not help but impose some imprint on the spheres, KKM, activities available for mastering in Helle City, but not everything is so bad as it may seem at first glance! Lyl di sampling sowed somewhere the red scope of Minddy’s destination, and without this sphere (stupidly hellish magic ball of sinners, determining who to be in hell, what is incomprehensible here?) Mindy is actually free (exclusively within Helle City, of course ) Soul, which has a blanche card for self-determination. So, it’s small – to determine your place in hellish eternity! Here with this Minddy and you will need to help. To do this, the game has a wide range of activities (including the study of dungeons in the amount of 3 pieces, the first of which will open after pumping strength and resistance to 15), each ofwhich one way or another affects the result to which you will lead Minddy. These results are 66. Sixty six. 66 different ending with its full-fledged textual liners and unique animations! The main character can become a cheap serving homemade for waiting in a cardboard box and a demonic lady, controlling Helle City. In the course of the matter, you can even find out who was still Minddy before to find himself here and for what, in fact, found himself. And you can not know! It all depends exclusively from the actions of the player, his attention to the details and nuances, which is just here is Thychova Uyma! Simply Mindy is a largely unique and incredibly variable RPG in all its glory, capable of tightening the player into its insignificant 42.5 megabytes not one dozen hours. Is it not blackToving? Bravo, Sexums!
–