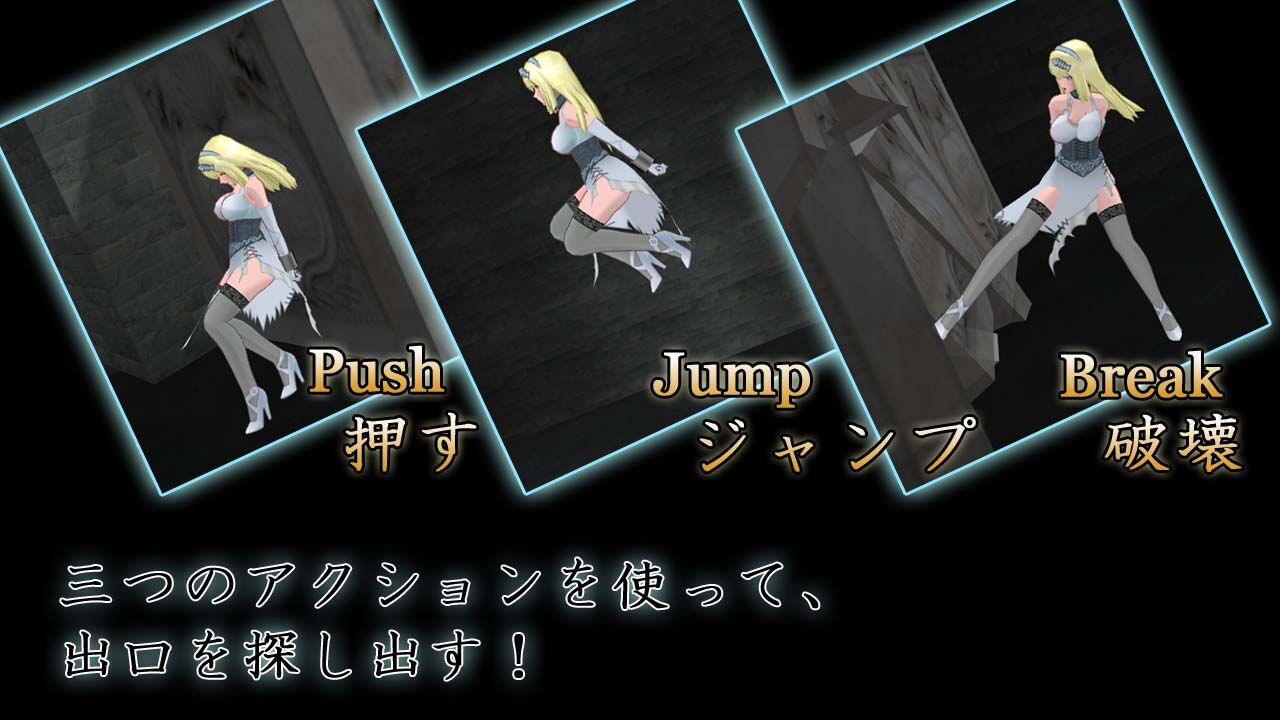 CINDERELLA ESCAPE R18 / シンデレラ · エスケープ R18
Release year: 2015
Release Date: 2015/10/02
Genre: Action, 3D, Puzzle / Escape Game, Fantasy, BDSM, Bondage, Restraint, Torture [ 123] Censorship: Yes
Developer / Publisher: Hajime
Platform: PC / Windows
Publication Type: Pirate (Unofficial)
Tabletka: Not required
Version: Ver.2015-10-03
Language of the game: Russian, Japanese, Chinese
Interface language: Russian, Japanese, Chinese
Translation: DRON
System requirements (minimum): CPU Intel Core i3, RAM 2.0GB, HDD 600MB, DirectX Version 9.0A
Description: Once upon a time there was an unfortunate girl named Cinderella. Once the king invited everyone to the kingdom to the ball. His son was looking for a wife.
Cinderella managed to finish all the work and went with her family to this ball. But …
SuDva turned out to be cruel. Right in front of Cinderella, the prince killed the king. And what’s worse, she was accused of murder. Cinderella was put in the dungeon.
Can you help her get out from there?
Extras. Information: In the distribution there is 100% saving .-