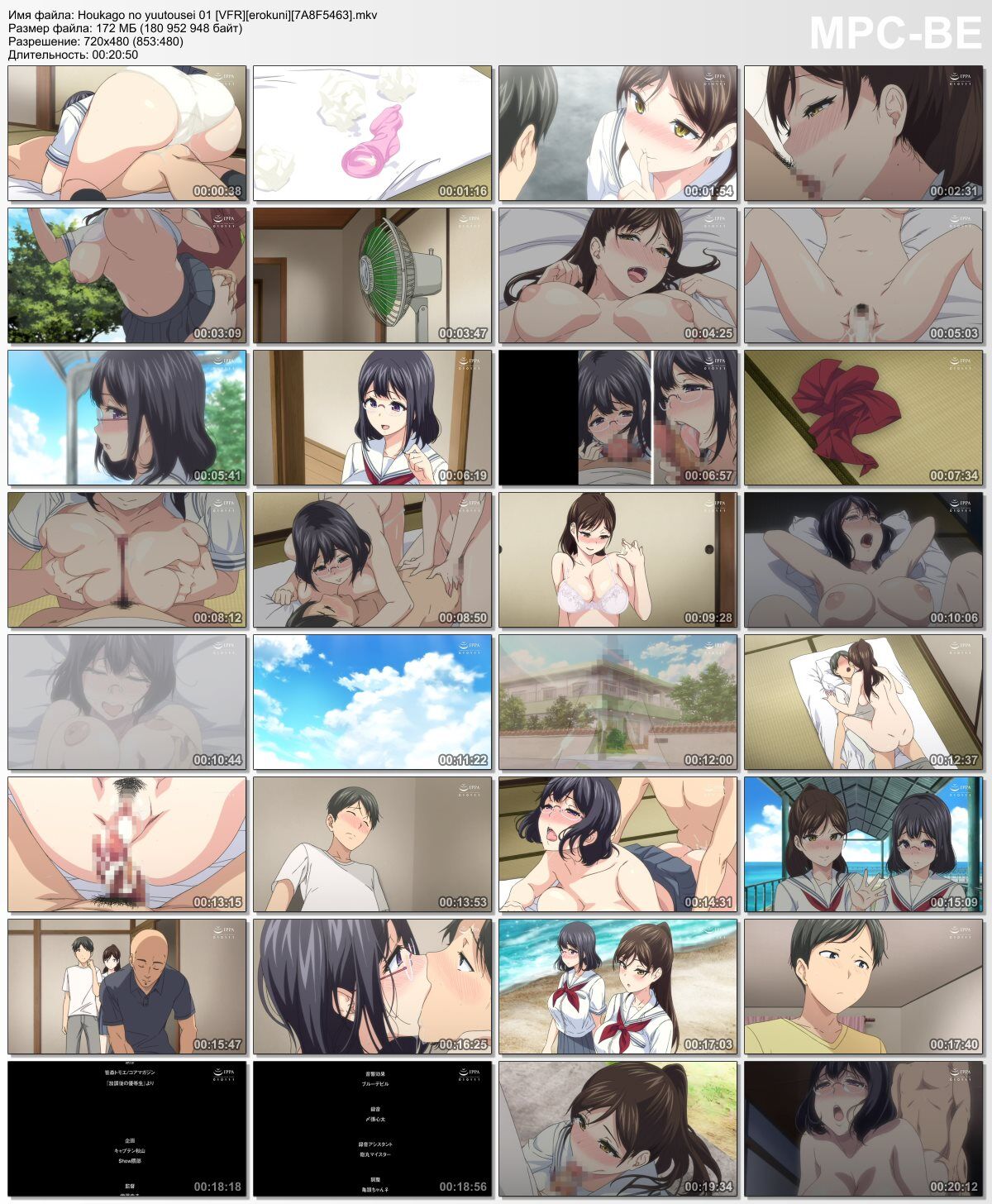 Original author: Sasamori Tomoe
Studio: MediaBank, Queen Bee
Description: ” Her name was Izumi Yurako. She was translated by a student. I got on it at first glance … Soon I became a simple sex toy. We have sex everywhere where it was possible and soon it became something ordinary. Her requests grew from Day a day, because it just was bored with her … “
Announced the adaptation of manga” Houkago no Yuutousei “of the popular author Sasamori Tomoe. Tankobon consists of nasty parts and is still not known which partwill be fused. This will be the first hentai anime adaptation for this, perhaps, quite famous author.
Video quality: DVDRip
Video format: MKV
Video: MPEG4 Video (H264) 720×480 (853: 480) 29.976fps 1000KBP [123 ] AUDIO: AAC 48000HZ STEREO 144KBP