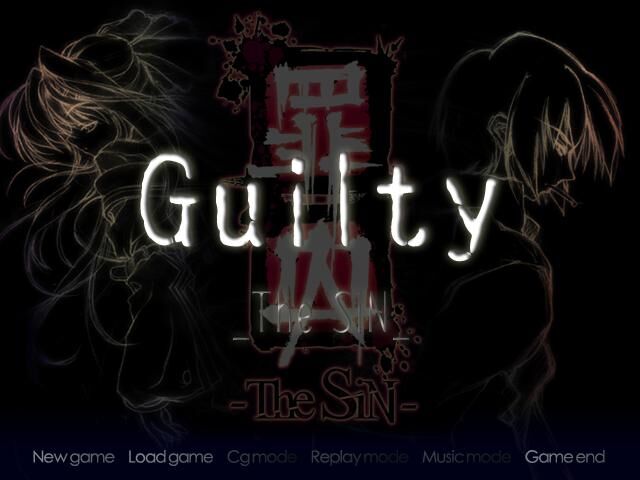 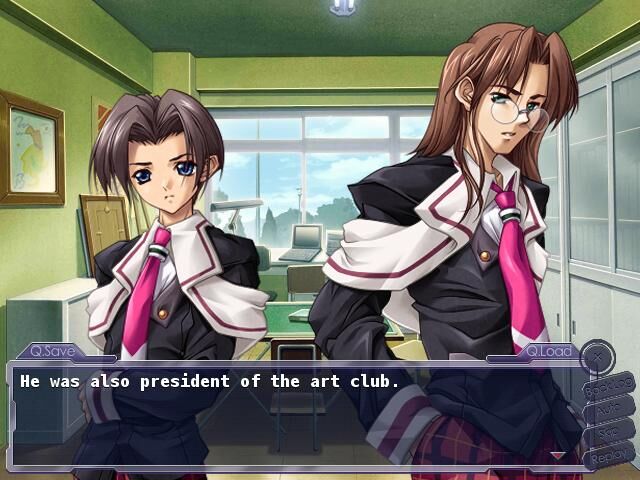 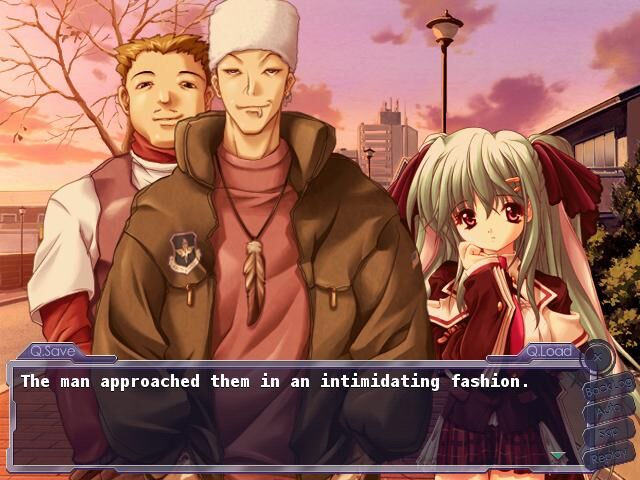 Year of production: 2003
Genre: VN
censorship: missing / there is a patch for deletion
Developer: Tactics
Publisher: MANGAGAMER
Platform: PC / Windows
Type of publication: Original (licensed)
Tabletka: presence
Language: Japanese
Translation type: only sound in this language (original Sound)
Language: English
Translation type: Only text in this language (translation)
Interface language: English
System Requirements: Windows 2000 Pro, Windows XP (32bit), Windows Vista (32Bit) , Windows 7 (x32 / x64bit)
Description: Guilty _Thesin_ is a game that follows the growth of one young man
The heart in Akatsuki city, a developed city, restored after they devastated
in the war. This M.Oloda man, Kamijo Akira, lived steady, ordinary life
While something strange appeared in front of him and changed it all.
On the way, he meets several new comrades, and they are combined to …
Akatsuki City “
After the end of the war, the city was dodged, the local city
update of the department set forth the main transport highways and rebuilt in the city
well-organized areas, including a prosperous commercial district.
However, developers Faced with noticeable delays and now
The reconstruction plan seems very disorganized. Private houses on
The face of the collapse lined up next to the completely new residential complexes,
Dark back Alley lie in the corners of brightly lit streets, “under
” construction “Signs stand here and there, and superMarkets that are waiting for
reconstructions turned into abandoned houses. Gangs of young people
use these places like parties, which makes the whole city feel dangerous
add. Information: Run the installation (setup) and put the game. Next, rename the attached guilty.exe file in lcsebody.exe and throw it into the game folder with overwriting and run.
Save / Save 90%
Passage / WalkThrough