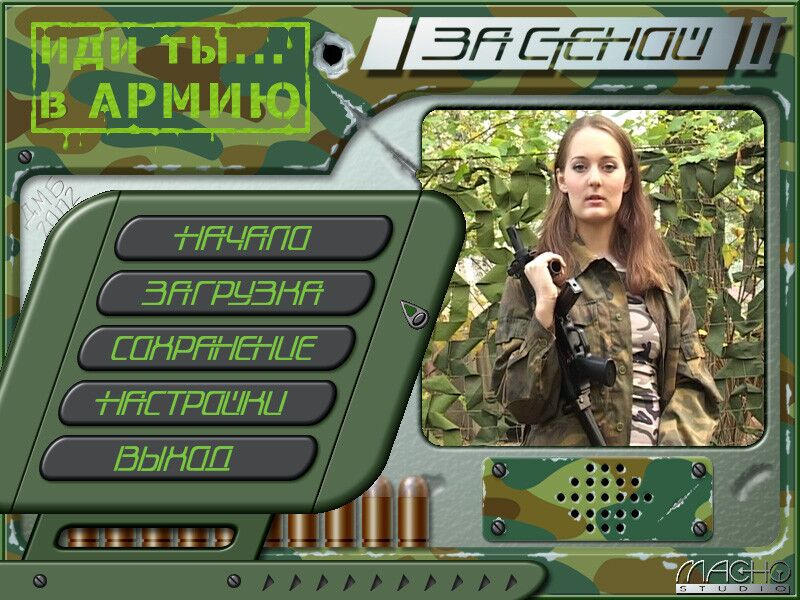 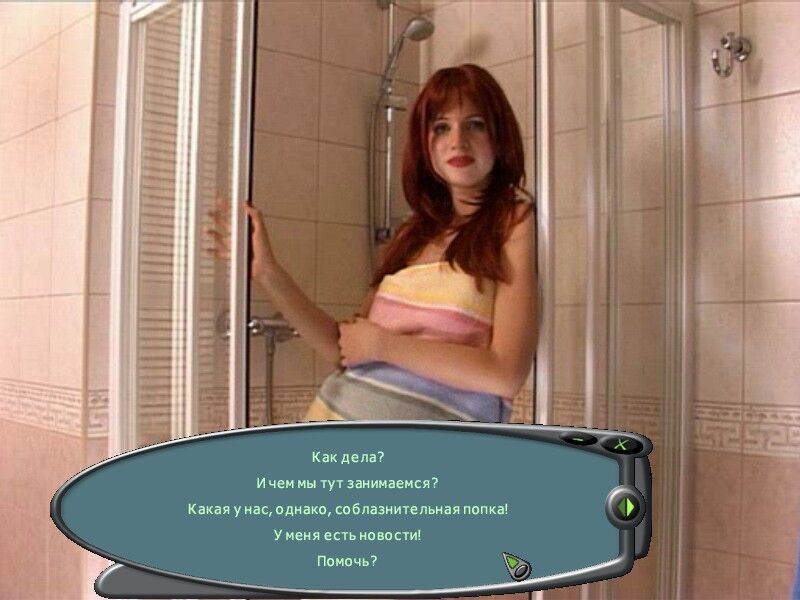 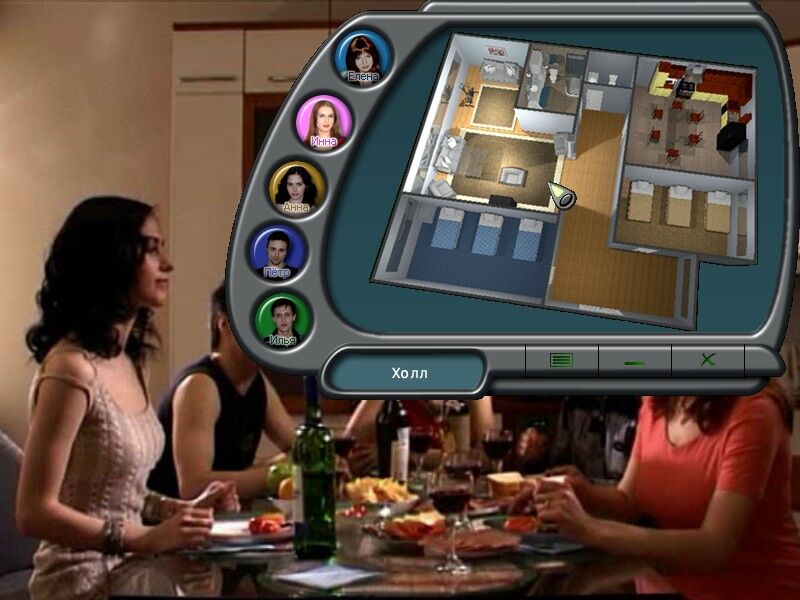 Behind The Wall 1, 2 / Wall / Realist Show (1 part) / You are in the army (2 part) Possible version
Year of release: 2002
Genre: Erotic video Quest
Developer: Macho Studio [ 123] Publisher: Macho Studio
Platform: PC
Publication Type: Unofficial
Interface Language: Russian
Voice Language: Russian
Tabletka: Present
System Requirements:
Processor: Pentium II 400 MHz
RAM: 64 MB
Video: C 16 MB RAM
Windows: Any !!!
_________________
————- —————
Description:
Behind the wall 1 Particitiate to become a participant in a virtual television reality show? Do you think that life under the supervision of the camera in a closed space is for you? Do you dream of laurels winner show a la big brother? Then test S.Fucking in the erotic game “Behind the Wall”!
In detail about the game
, in addition to you, there are 5 more virtual players in the game. Total 3 girls and 2 guys Your task is to win a “contest” along with one of the girls, participants of the show. A television show is, first of all, entertainment, and therefore the show will win the one who will be able to become a participant in the maximum number of spicy scenes with the girls participating girls. As you establish a relationship with a girl who visited you, other participants of the show do not lose time and try to act in the same vein. After each stage of the game, voting virtual viewers, who choose the “loser” and the number of participants decreases per person. Remember that among the sefered players you can be!
Will you be able to go all the way toend? Can you establish relationships with other participants? Will you participate in conspiracies, intrigues or choosing another way to victory – it all depends on you. Interactive erotic quest “Behind the Wall” will allow you for a while to plunge into the peripetics of complex human relationships between young people, the will of the fate of the fate in one apartment under the supervision of the camera.

Embedded game in the podlika fool for stripping
more than two hours Full-screen video
more than ten erotic video clips
Healthy eroticism
Jokes, toasts, striptease in the performance of charming girls, after a wall of 2 part, was already behind the wall, and did you like it? It’s time to continue the show and take part in the new game! This time it will not be easy to separate. Being under constant supervisionCamera, you will have to live in the barracks and go build. And all because the participants “behind the wall” are sent to serve for the benefit of the Motherland. A new show is for real men who are ready to stand up for themselves, overcome all the difficulties made by the creators of the erotic show “Behind the Wall”. If you are not afraid of the loads and the dangers of soldiers’ life, boldly dress a military uniform, and you go to the army!
Details about the game
The army is not waiting for you, but generated by countless jokes, army “marasms” and cool stories from life. This is the most ridiculous military unit, lost in the steppes near the Russian-Mongol border, away from civilization. Command with recruits will be a specially invited instructor Rubailo – Honored Country Invoor.
Together with you, the urgent service passOut of participants. And again their five. Two brave guys will fight to a victorious end, they do not intend to give up in a military nor in love struggle. For successes in the competition you are ready to reward our love three beautiful and dangerous participants of the show. They fight for victory by their methods, in front of which it is physically impossible to resist. Be alert – these militant Virgin love only strong and bold, real heroes. Demonstrate everything that the true soldiers are capable of, charming rivals, and they will give you hand without constant to you, the heart and something else …
Fight the victorious, and do not forget that the multi-thousand audience, without breaking away from the blue Screens, in the afternoon and at night follows your life behind the wall. Every word, any step affect the rating, you should be popular as among the participatingin and at the audience shows. They will vote for the best and expel the worst participants. Not to get into the number of retired, cope with any strategic task, masterfully overcome the goats of rivals, to seek attention from one of the participants, to win and get the main prize – that’s what you have to have in a new erotic quest: “For the wall-2. Go … to Army!” Your task is to survive, and in a pair with a sexy amazon to win the main prize – the demob to the homeland and the thunderstorm of the roads – the army jeep.
The wall is expected to:
more than two and a half hours of full-screen video
Over a dozen erotic video clips
Army humor, jokes and jokes
Comic scenes performed by professional actors
Embedded game card for stripping-extra. Information
for the correct operation of the programAMMA requires installation of the DivX codec 5.0.2!
During the game in the drive, there should always be in stock 2!
If there is no sound in the game, set the DivX 3.11 encoder (register_divx.exe file
on the second disk, In the Codec directory), and then DivX 5.0.2 (file divx502bundle.exe).
or reinstall the game, with the option “Set DivX
Important !!!
After installing the game to your computer, there is a high probability that the game does not start, so the people do the following, divide the WinRAR archive to the folder with the game installed with the replacement of files. We play the people !!!
This archive created himself, since many people complained about the inoperability of the game on Windows HP, Wasta, Seven . Now everything works fine after replacing the archive, as I wrote to you earlier.