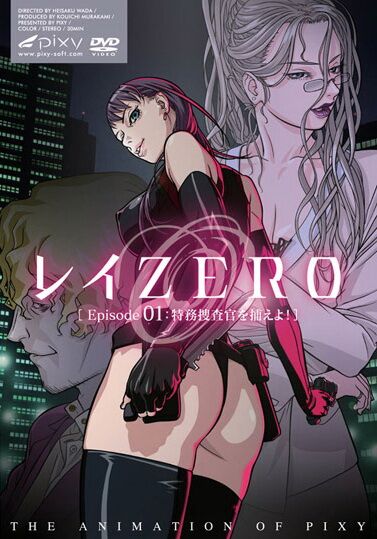 Rei Zero
Ray Zero – year of production: 2010-2011
Genre: BDSM, Bondage, Chikan, Gangbang, Big Tits, Office Lady, Rape, Underworld, X-ray
Series: EP. 1-2 of 2
Duration: 2 ep. × 30 min.
Censorship: There are in all files-language: Japanese [Original voice acting]
Language: English [Subtitles Built-in Disabled ASS / SSA]
Directors: Wada Heisaku, Kaidou Tsukasa
Studio: LILITH, PIXY-Description: Year 2049, Tokyo. The second and third earthquakes that occurred consistently destroyed the city of Tokyo. As a result, the new capital was built in the west of the former city. Former megalopolis is now the most vicious city in the world. He is inhabited by refugees, armed mafia and terrorists. Ray is opposed to local drug trafficking and mafiosi Hoakin Nito, so that its influence does not spreadon all Japan. In the first episode: Commander Munay Syuko and the special agent of the defense forces Kirisawa Ray, their goal of Hoakin Nito. According to Ray Plan, they penetrate a strongly protected apartment of Nito. But two beautiful investigators fall into the trap. They are implanted into the body of nano-robots to control the brain. Ray is released and it stands in a public place almost naked. In the second episode: Ray and Syuko hit the surprise and were humiliated. Ray is free, but Syko is still in captivity, and this is part of the developed plan. And the nano machines are still in it. Ray is trying to break through to the nitio, but again it turns out to be in captivity and the Boss Mafia begins to revenge it brutally. In severe and perverted form, it is disciplined for several months. How will it change?
© Wirruss-Ext. Information: World Art, Anidb.-Quality Video: DVDRip [Anim8S]
format formatABOUT: MKV
Video: H.264 / AVC, 1024 × 576 (16: 9), 23.976 FPS, 1532 KBPS, 10bit [How to view 10-bit video (10-bit)]
Audio: japanese, AC3, 48.0 KHZ, 192 KBPS, 2 CHANNELS-