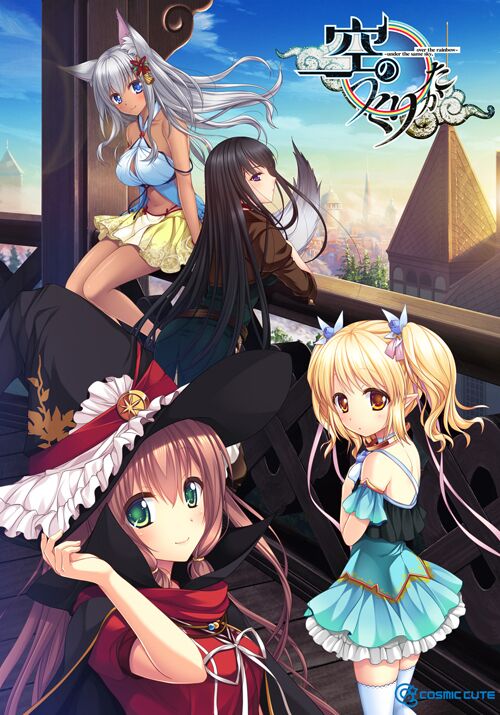 SORA NO TSUKURIKATA -UNE SAME SKY, OVER THE RAINBOW-
空 の か た-た -under The Same Sky, Over The Rainbow-
Empty Sky -Pode in one sky, over the rainbow — year of release: 2016 [123 ] Release Date: 2016/10/28
Genre: Big Tits / DFC, Fantasy, Kemonomimi, Fox, Romance / True Love, Witch, Virgin, Comedy, Harem, Bukkake, Blowjob, PAIZURI
Censorship: Yes [ 123] Developer / Publisher: COSMIC CUTE
Platform: PC / Windows
Type of publication: Original (licensed)
Tabletka: Not required
Game Language: Japanese
Interface Language: Japanese + English 123] Voice Language: Japanese
System Requirements (Minimum): OS: WinVista / 7/8/10 HDD: 7.34GB Description: Naoca is a city shrouded through everywhere spreading thick fog. He is known not only because of his vampire, but also as a place for peopleth, who lost sight of their goals in life. Ryu is one of these people who have lost its goal and confidence after past failures. At that time, it works in a detective agency, he is more like a master for all hands engaged in small trouble, such as the search for lost things and repairing roofs.
Once, while he had no time had lived, he came across the self-proclaimed sordlenda Hal Chris, who came to town to attend the magic school here. After he helped her with some problems, she ultimately helps him in the agency. Hal was strong, friendly and positive – all those features he lost. Will they fill emptiness in each other’s hearts being together? Extras. Information: Getchu
VNDB
Official page