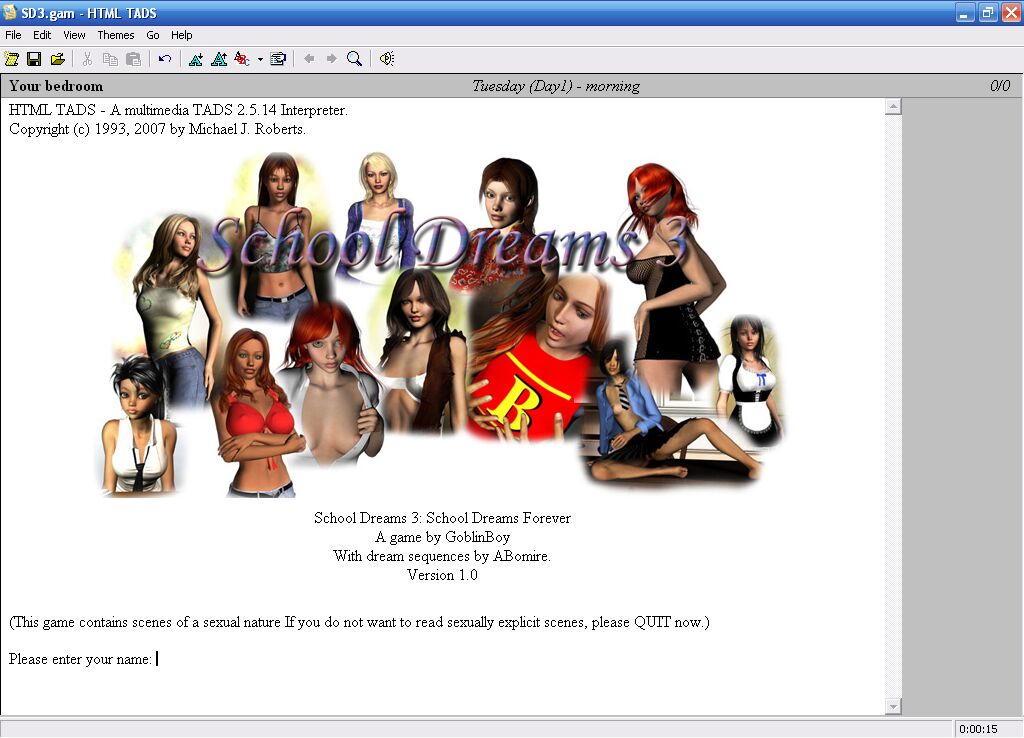 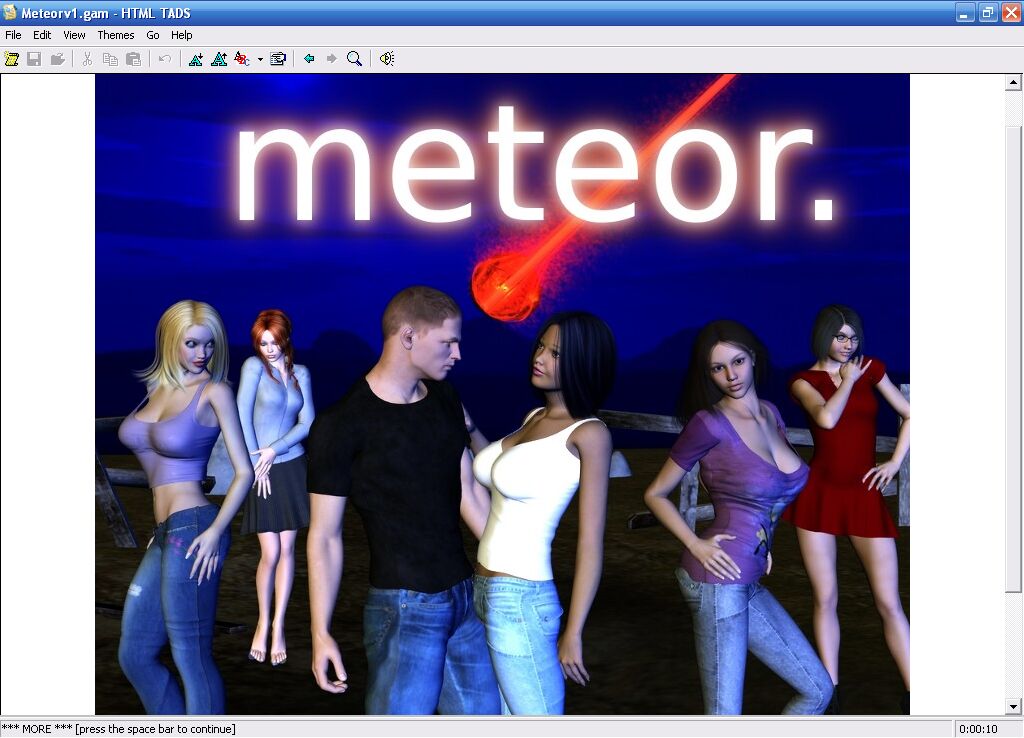 School Dreams 3: School Dreams Forever + Meteor / School Fantasies 3: School Fancy Forever + Meteorgry Production: 2009
Genre: 3DCG, Adventure, Date-Sim, Other, Anal Sex, Straight, Titsjob, Double Penetration, Facial , Oral Sex, School
censorship: missing / there is a patch to delete
Developer: GoblinBoy
Platform: PC / Windows
Publication Type: Original (License)
Tabletka: Not required
Language: English
Type of translation: text and sound in this language (original)
Interface language: English
System Requirements: Minimum
Description:
There are two games related to the AIF genre – Adult Interactive Fiction. Simply speaking, this is a text quest in which the player can interact with the world around the world through the commands entered. ODNako, these two games differ from other representatives of their class by the presence of erotic pictures that complement the already frank story. The authorship of these text games belongs to the laureate of several premiums in this genre – GoblinBoy.
In the first game, School Dreams 3: School Dreams Forever, you have to take on the role of a high school student who has recently stopped being a virgin. The prehistory of the game lies in the “deal” of the main character and his best friend, T-shirt, the essence of which is simple – to seduce and put into bed the younger sister Mike, a fragrant and a virgin Molly. How to do with the current girlfriend of the hero, Becky, – to solve you.
In Meteor’s game, your hero, James, studying in college, works at the hotel’s restaurant and meets with a gorgeous girl Anna. After aboutNeither became random witnesses of the meteorite fall, their lives change dramatically. From the invisible guy James turns into a lustful monster. Or not – you decide during the game.
For a full-fledged game, good knowledge of the English language is recommended.
Many pictures in games, but the text captures no less. Before the game carefully read Notes, located in folders with games.
How to run games:
1. Install the TADS interpreter (pksetup.exe). Be sure to follow the program to associate an interpreter with * .gam files
2. Go to the game folder (for example, … \ AIF Games \ meteor_v1)
3. Click two times on the game file (for example, meteorv1.gam)
4. Pleasant game!
If for any reason the * .gam files were not promoted with the interpreter, thenAnd the interpreter itself, in the top menu, click File -> Open New Game and find the file with the game.
Add. Information:
In the distribution are present:
– Interpreter TADS for the game (more detailed information can be found here)
– School Dreams 3: School Dreams Forever (2009)
– Meteor (2010) game