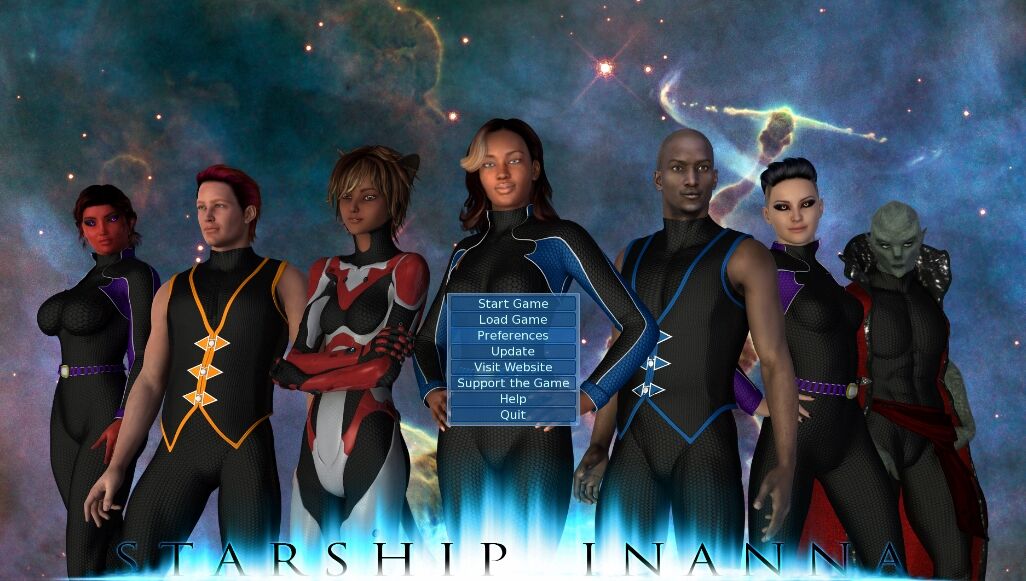 Starship Inanna
Spaceship Inanna – Year of release: 2017
Release Date: 2017/04/07
Genre: Adv, 3DCG, Big Tits / DFC, SCI-Fi, Action, Yuri, Yaoi, Alien , Neko, Futanari, Dark Skin / Tan, Virgin, Group Sex, Romance, Harem, Toys, Oral, Anal, Blowjob, PAIZURI
Censorship: None
Developer / Publisher: The Mad Doctor
Platform: PC / Windows
Type of publication: in development
Tabletka: Not required
Version: 3.5.5
Game Language: English
Interface Language: English
Voice Language: None
System Requirements (minimum): OS: WinXP / Vista / 7/8/10 HDD: 900MB: You take on the role of the commander of the Titan’s Empire, whom \ which was just appointed by the second under the command of Captain Alexandra Hall. The crew of the ship consists of elected races of the Empire, withA player will be able to interact and have a relationship (this means a lot of sex (if you want)). There are many discoveries, while Inanna begins his adventure to unknown parts of the galaxy. As the commander you will be sent to missions to different planets, where you will come across new cultures and civilizations. You will come across the slave traders, hostile races, omnipotent creatures, etc. The elections you do as the plot develop will have consequences, some of them are thin and short-term, others can take much longer to change something. [ 123] Extras. Information:
Patreon