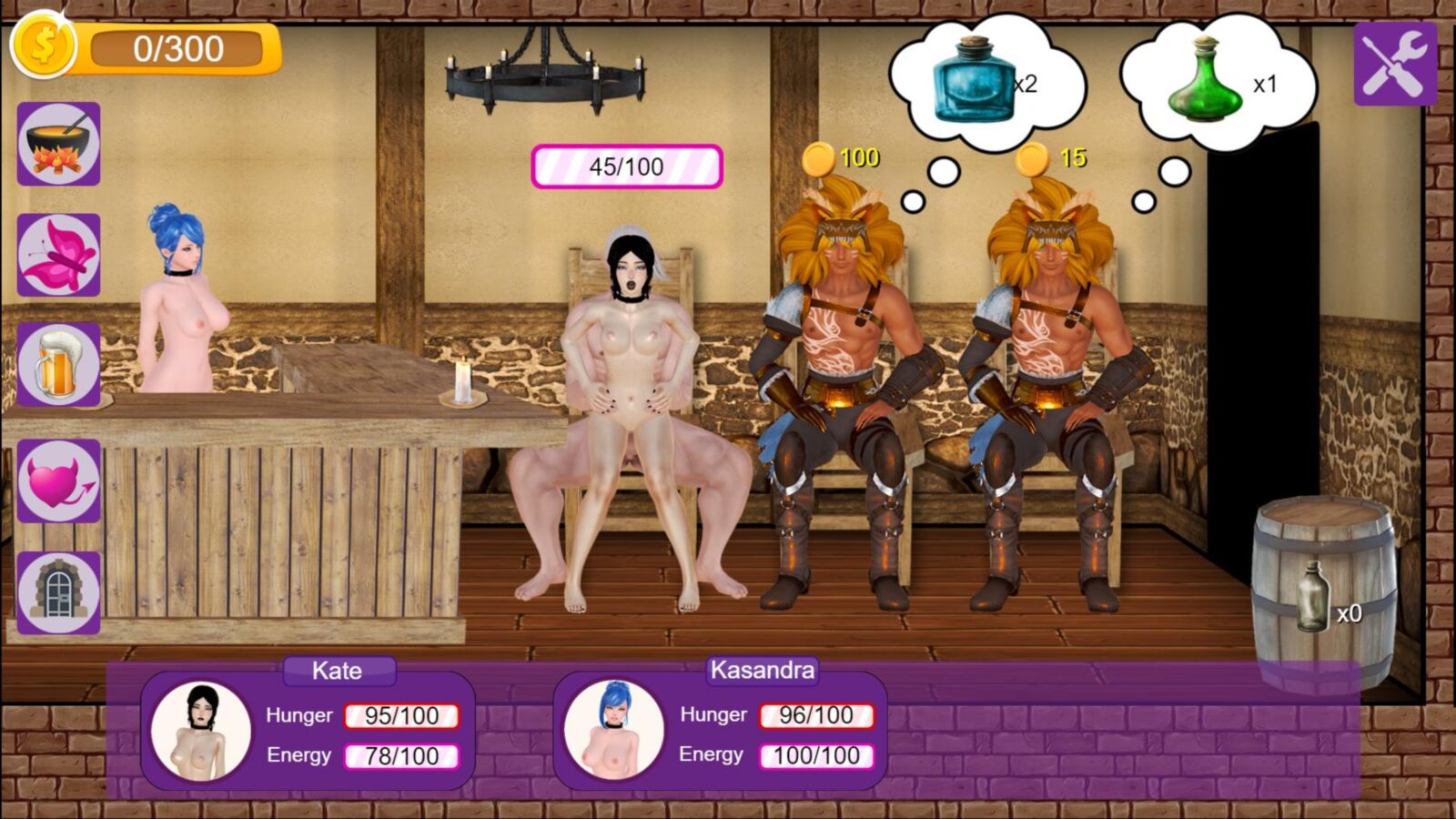 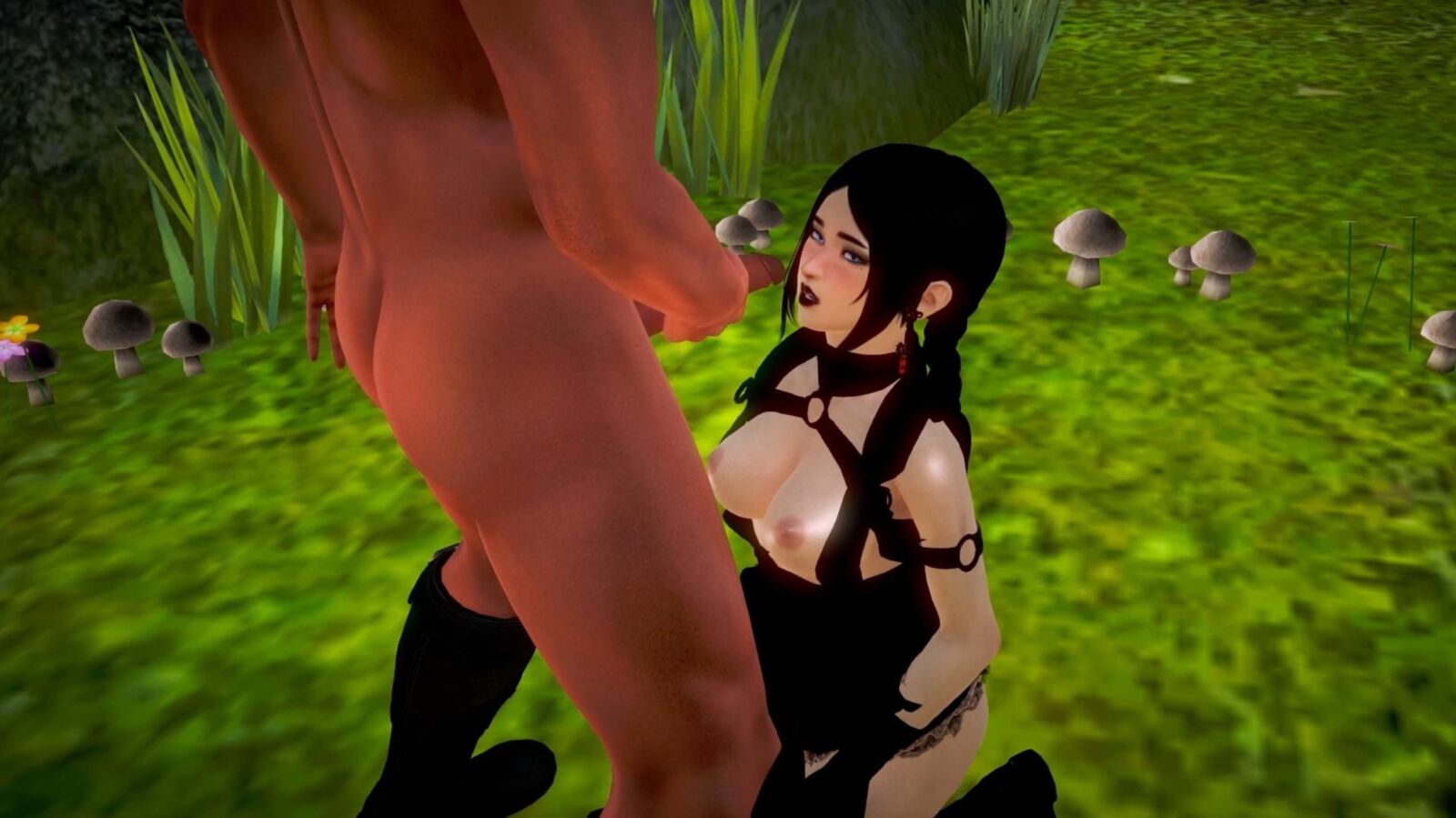 Ero-Gen [0.2.1] (SESALIA) [UNCEN] [2020, Other, Female Heroine, Male Domination, MOVIE INTERACTIVE, TURN-BASED COMBAT] [ENG] Year of release: 2020
Genre: Other, Female Heroine, Male Domination, MOVIE INTERACTIVE, TURN-BASED COMBAT, FANTASY, SLAVE, MANAGEMENT
Censorship: missing / there is a removal patch
Developer / Publisher: SESALIA
Platform: Windows / Android
Type of publication: in Development
Tabletka: Not required
Version: 0.2.1
Language of the game (plot): English
Interface language: English
Voice language: Unknown / Other
System Requirements (Minimum) :
CPU: Intel Core 2 Duo
RAM: 4GB
Video: 512MB
HDD: 1GB
Description:
Minimum Playing Time: 40 Minutes
Number of Poses: [ 123] – Video: 21
– Sprites: 5
You Control The Sorceress and Your GOal Is to Defeat The Villain. The Whole Game Can Be Divided Into 2 Parts:
1) You Need to Defeat The Villain in a Duel. The Battle Takes Place In The Form of Step-by-Step Videos (Interactive Movie). You Create Spells and Discover New Elements by Mixing Previously Opened Elements. Your Sorceress Can Read The Mind Of A Villain. Knowing in Advance How the Enemy Will Attack, You Can Choose The Most Effective Spell for Counterattack.
2) If The Sorceress Loses The Battle, She Will Be Captured. The Game Turns Into ‘Side-Scrolling Management’. Your Sorceress Finds Herself In The Manor of The Main Villain and Now She Needs To Serve His Guests to Earn Money and Get Her Freedom Back. After Escape, The First Part of the Game Starts Again. All Opened Elements, Abilities and Reached Level Are SAVED. With Each New Defeat, The DiffiCulty of Passing The Second Part of The Game Will Be Increased, But The Number of Opportunities Will Be Increased Too. In addition, Here You Will See The Sorceresses from the Future Game Updates for the First Time. They Also Ended Up in the Manor. You Will Learn Their Story A Little Later.
IT IS Assumed That The Player Will Play Both Parts of the Game Sevel Times Before Winning.
–
The average duration of passage (for Alpha 0.2.1): 40 minutes
Number of poses:
– Video: 21
– Sprites: 5
The player will have to take on the role of a sorceress and overcome the robber.
Conditionally, the game can be divided into 2 stages:
1 ) It is necessary to overcome the scoundrel in the duel. The battle is executed in the form of a step-by-step video (interactive movie). Mixing the elements in the hands ofCreate a random spell and open new elements. With the help of reading the thoughts of the enemy and spells, you need to make a template of moves for winning the victory.
2) Your character is captured after the defeat. The passage turns into the “Side-Scrolling Menegment”. You need to serve the gangsters to buy out freedom. From time to time, the player will come across prompts and recipes of spells necessary for the passage of the first stage. After liberation, everything starts first taking into account open elements, abilities and levels. With each new captivity, the complexity of the service will increase.
The game is arranged in such a way that the player will have to go through both stage many times.
The alpha version is considered to be passed if you overpower the robber in the first stage.
Add. INFORMATION: ATTENTION !!!No need to download all files. Select the desired version of your device (Windows, Android 720p, Android 1080p).
The difference in versions under Android is characterized by video quality and, accordingly, the size of APK.