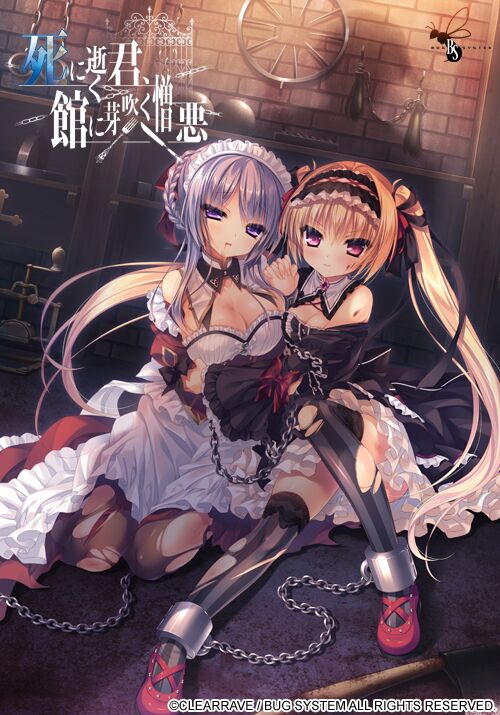 Shi Ni Iku Kimi, Yakata Ni Mebuku Zouo
死 に 逝く 君 君 館 に 芽吹く 憎悪 憎悪
You go to death – a mansion, in which heated hatred – year of release: 2016
Release Date: 2016/07 / 29
Genre: Adv, Big Tits / DFC, Female Protagonist, Torture, Life and Death Drama, Guro, Horror, Madness, Resurrection, Maid, Rape, Scat, Pee, Virgin, BDSM, Slavery, Toys, Strangulation, Blowjob , PAIZURI
censorship: yes
Developer / Publisher: BUG SYSTEM
Platform: PC / Windows
Type of publication: Original (licensed)
Tabletka: Not required
Language Games: Japanese [ 123] Interface Language: Japanese + English
Voice Language: Japanese
System Requirements (Minimum): OS: WinVista / 7/8/10 HDD: 3.76GB Description: This happened without any warning. [123 ] In the peaceful world, suddenly higher beings appeared.
HeAnd one-sidedly destroyed people, and the world was swallowed by the Khaos whirlpool.
While our heroine Mia went shopping along with her family, she also became a victim.
Her father, mother and older sister died, and she desperately I tried to escape, but before she managed another senior man appeared in front of her.
In despair and getting ready to die, Mia took a knife and stabbed a man.
At the next second, she lost consciousness.
Not knowing what happened to her , she felt a strong pain on her stomach.
“You damaged my body, now I can’t allow you to die easily. Your sin … deserves ten thousand deaths …”
and when she came into consciousness , Mia was on the bed in the mansion.
She had no wound on the body, and she was dressed in a dress that did not belong to Ey.
In this mansion, she repeatedly collided with the highest man.
He ordered a world to live on the villa, where he repeatedly makes inhuman actions towards her.
crushed, slaughtered, shot, shedding blood, being decapitated , Being eaten, disassembled …
And every time she wake up, she was on the bed in this mansion.
Without a single wound on the body, and dressed in a dress that did not belong to her.
This is a mansion — add. Information:
Run from 2DJGame_Laucher.exe.getchu
VNDB
Official page