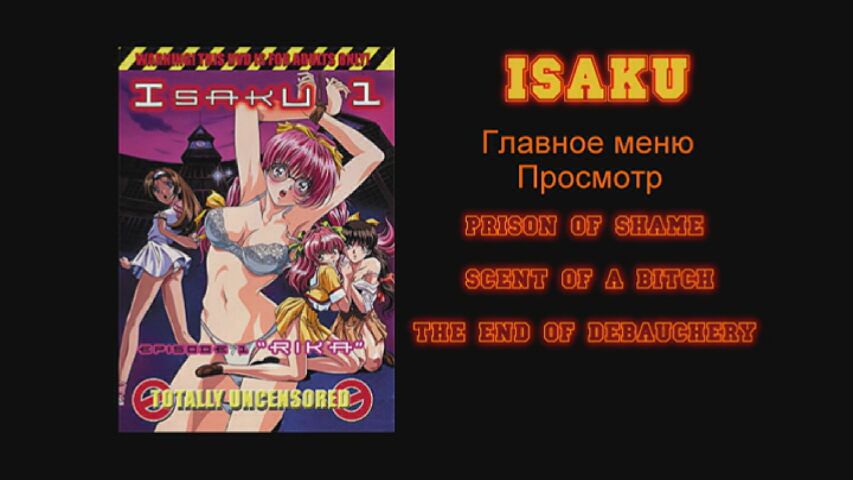 The Black Eye King, Isaku / Kokudo Oh, Isaku / Black Eye of the King, Isaku
Year of production: 2000
Genre: Anal, Bondage, BDSM, Big Breasts, Drama, Group, Oral, Rape, Sex Toys , Maids, Princess, Yuri
series: EP.1-4, EP.1-3
Duration: 4 x 28min, 3 x 30min.
Censorship: No
Language: Russian
Voice: Amateur (one-haired)
Director: Nikan Fuyuno, Kanazawa Katsuma
Studio: ELF Corporation, Nutech Digital
Description: Bosarre is a small state between two large empires, Rohan and Geild.
to support independence For his country, the new king of Isiodor will have to choose the bride among the two princesses, respectively, from each of the empires. Princesses, Bellecher and Ariel, should live with Isiodor – each for the crescent before he does hisChoice.
And he should treat them equally, since the army of the princesses despised them are on the border and are ready for revenge in any injustice. Isiodor requires complete submission from both, and from arrogant Bellecher, and from modest aryel. For learning the wisdom of love, he even puts his maid of Irene to the princesses.
And he holds days and nights in sensual pleasures with both princesses, while the fate of his country hangs in a hairs …
Extras. Information: Isaku: Last School Day in front of the summer holidays. Suddenly, Kent receives a mysterious letter. After school, he goes to the old, abandoned school building, as mentioned in the letter. There he meets jeans, Miyuki, Rick, Koomi, Aquami, teacher Kami, Manenevitsa and Mio. It turns out that everyone got the sameClean letters. Everyone decides that this is whose joke, and begin to argue who could be. Suddenly, they hear how someone clogs the entrance … A nightmare begins, because the girls disappear one after another. Ricka – the first disappeared, it was raped …
Video quality: DVD5
Audio codec: MPEG
Video: 352×240, NTSC 4: 3, 29.97Cadres / s, 2.573MB / s, 2.40Mbps [123 ] Audio 1: Russian, 48.0CHz, 0.125MB / s, 2