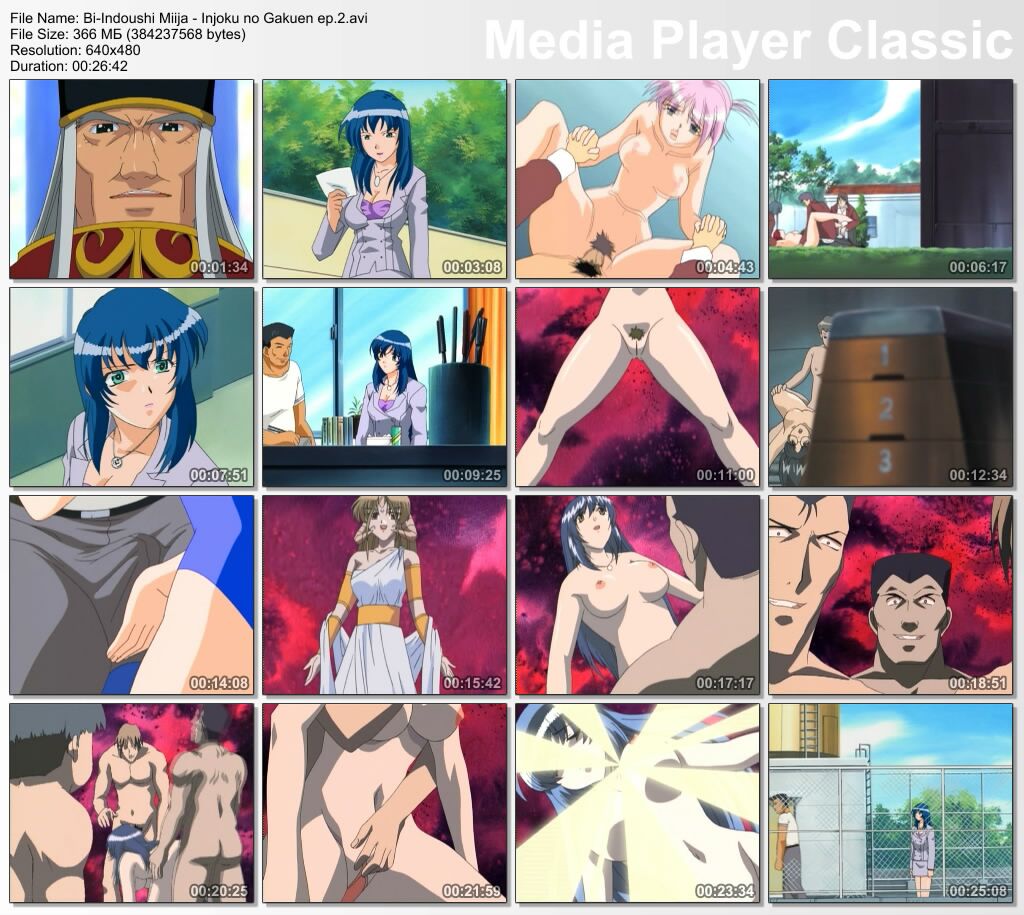 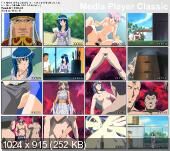 Bi-Indoushi Miija: INJOKU NO GAKUEN / 靡 · 淫導師 美 美 ~ ~ 淫辱 の 学園 ~ / Midia – Beautiful demon
Year of production: 2001-2002
Genre: BDSM, Blowjob, Demons, Fantasy, Futanari , Gangbang, Mystery, Rape, School
Series: EP. 1-2
Duration: OVA (2 EP.), 30 min.
Censorship: None
Language: Japanese
Voice: Original
Language: English
Voice: Professional (full Duplication)
Subtitles: External SRT [NUTECH DIGITAL]
Language: Russian
Voice: Amateur (single-haired) external
Subtitles: External SRT [Parazzit]
Director: Jun Fukuda
Author Original: Saki Hōsen
Studio: Five Ways, Nutech Digital
Description: Description: In the school institution – the Academy. Saint Moses – incident. Mysterious and dangerous pentagram appeared. And this, it turns outI, the demon thirst Midia decided to revive the dark paradise on earth. It was rented to show what hidden instincts lie under the harpatic shell of a person. High bosses were worried, and sends a new teacher to the Academy so that he figured out what. And Sarah Tadeshina begins his research and investigation. Meanwhile, the young student Mayu fell into a complete dependence on the demon, it still pulls into the kingdom of Midia. (c) [Narrru]
Description in English: A Pentagram Appears In The School Grounds of St. MOSES ACADEMY, AND THE DEMON OF LUST MIJA IS UNLEASHED INTO THE WORLD TO RESURRECT THE DARK PARADISE ON EART ONCE MORE. Her Role Is to Covert Humans to Her Debauchery … to Reveal The Hidden Lusts and Carnal Pleasures to Her Human Converts.
Sara Tadeshina Starts Her InveStigation. Given Only Cryptic Clues to Guide Her Investigation, Sara TriD to Get To the Bottom of Her Mysterious Mission. Meanwhile, A Young Student, Mayu, Is Dragged Into Mija Realm. Under Mija Spell, Mayu Learns About the Pleasures of the Flesh. Kotaro, Secretly Nursing Feelings for Mayu, Sees a Disturbing Change in Her Behaviour. He Follows Mayu and Bravely Enters Mija Den to Try to Save His Love. Will Sara Be in Time to Save Both MAYU and Kotaro? Will She BE Able to Defeat Mija and Her Converts? Follow The Sexy Adventures of Sara, Mayu and Kotaro to Find Out!
Add. Information: Description: From the author of distribution.
The theme of demons and religion in Hentai is particularly fascinating, fantastic creatures merge in ecstasy with a person, an excellent topic for the development of interesting plots.
In thisHentai demon is clearly not very high (judging by magic) in our world actually creates illusions, hypnotizes, has several creatures in its subordination. It is interesting that it comes to our world under certain conditions of architecture, and the general planning of the territory, perhaps some kind of architect thought to call for this demon and we show the results … The goal of creating hell on our land to lower humanity in the ocean of Lust and Depravity is doubtful. The first series is rich in the most interesting details and does not seem very linear, but the second part clearly says that the creators exhaled (pressed … it happens in any work, did not expect that it is so tense and does not carry advantages later, or the team broke up). In short, the second series though continues the first but clearly looks dry,You can not be improved absolutely in all aspects (plot, rice, idea). In general, the series does not seem strongly cruel, there are no perversion, I was pleased with the idea of ​​youngsters by seducing our teachers in this way as shown here. It is interesting that the warrior of the world is actually not a warrior at all … Just the Lord defends, but he does not have the strength to attack … So he is saint and should not fight should be at the real righteous, in short, they have come up with some kind of archangels from such warriors …
The sound can be connected here
Video quality: DVDRip by [Venzell]
Video format: AVI
Video codec: XVID
Audio codec: MP3
Video: XVID (MPEG-4 ), 640×480 (4: 3), 23.970 FPS, ~ 1 650 Kbps
Audio 1: L3 MP3, 48000HZ STEREO, 128KBPS, 2CH [japanese]
Audio 2: L3 MP3, 48000HZ STEREO, 128KBPS, 2CH [English]
Audio 3: PCM 44100Hz STEREO 128KBPS [RU]